What We Learned Last Week

I last blogged just over a week ago, much has happened to our favorite team since then. Here’s a brief recap of some of the storylines during the past week. This will be helpful if you’ve been on vacation or maybe lost focus due to the start of NFL training camps.

Alan Trammell can lose games managing this ballclub just as well as Piniella.

“I guess”, A-Ram will be back with the Cubs next season, hopefully starting in April not July.

With a season-long 6 game losing streak and the Astros 6 game winning streak the Cubs have secured 5th place in the Central.

D-Lee isn’t an Angel, I mean isn’t going to be an Angel – Of the Anaheim variety this season.

Carlos Zambrano apologizes for his dugout tirade and gets hugs from teammates. Sensing a chance for increased revenue the Cubs offer “HugZ” for a dollar promotion.

Two of my favorite Cub names are now gone, Theodore Roosevelt Lilly and The Riot.

Found out the Yankees will be playing an interleague series at Wrigley Field next season, with Joe Girardi managing both teams…well, at least one of the teams.

The Cubs achieved many hitting records…for opponents.
We found out this team does have heart, it’s just irregular.

Sorry about that last one…Here’s to a healthy cardiologist report for Carlos Silva and strong debut tonight for Cubs rookie pitcher Thomas Diamond. I’m ready for a short and simple headline like: Cubs Win 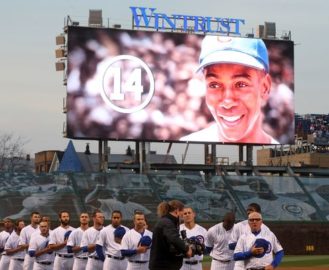 After the Cubs less-than-scintillating 3-0 loss to the Cardinals in the opener, the internet exploded with word of the Wrigley Field bathroom debacle. 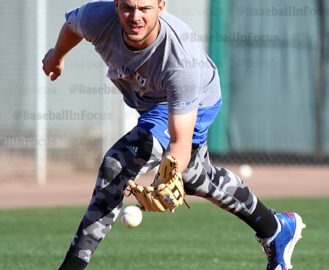