The spring home of the Chicago Cubs

Jewel of the Cactus League 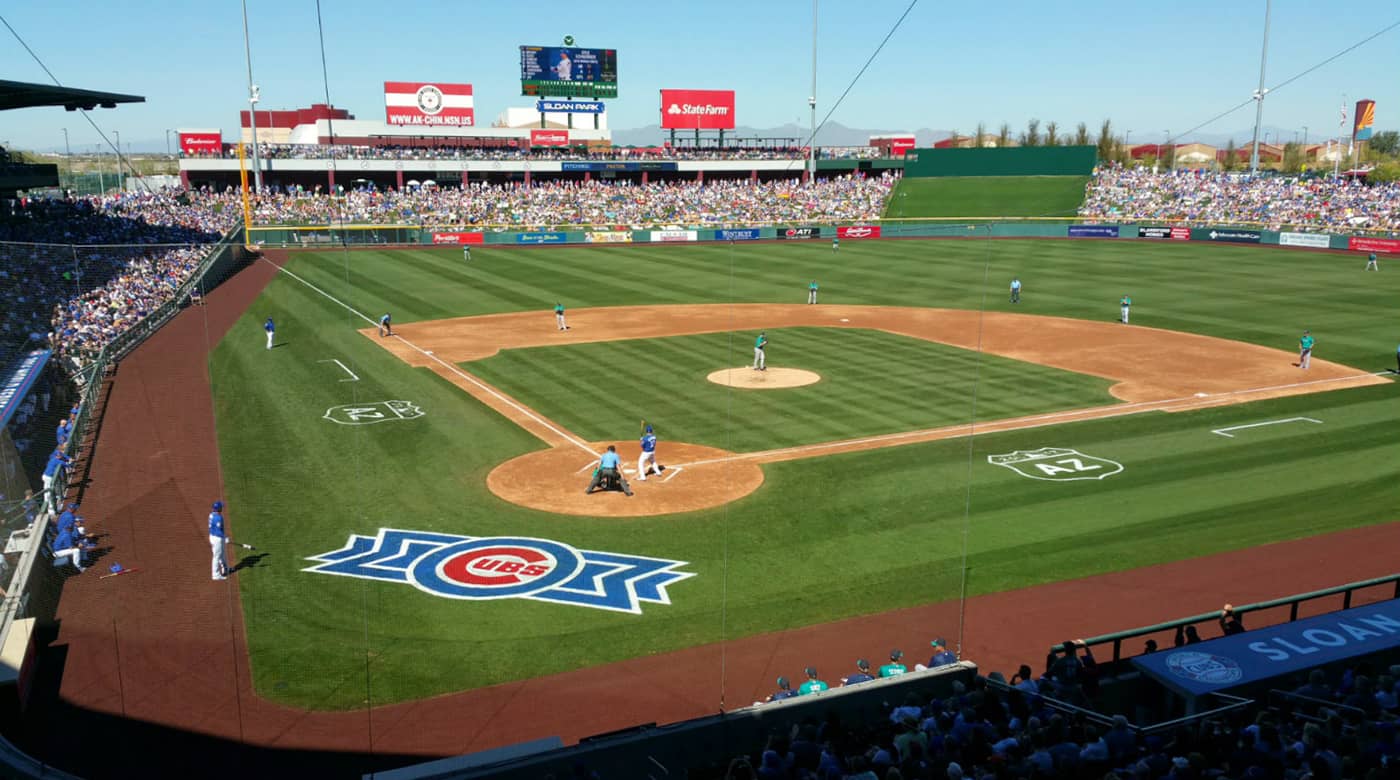 Tradition melds with state-of-the-art facilities for the Chicago Cubs as the team starts its eight season at Sloan Park (known as Cubs Park in 2014).  2021 marks the Cubs 43nd consecutive, and 57th overall spring training in Mesa. It’s also the 69th year the Cubs have held spring training in the state of Arizona.

Sloan Park boasts the largest seating capacity of all major league baseball spring training stadiums at 15,000, with 9,200 fixed seats, 4,200 outfield berm capacity, and room for 1,600 on the suite level. While the stadium has baseball’s largest capacity for spring training games, the Cubs took great effort to preserve the intimate environment that spring training is known for.

The stadium has several elements reminiscent of Wrigley Field, including dark green light towers, metal work on the upper deck, and a press box façade that looks similar to Wrigley’s. The Cubs will be situated in the third base dugout at Sloan Park, (at Hohokam Stadium they were in the first base dugout), maintaining the consistency of Wrigley where the team occupies the third base dugout during home games. The new park will also feature a red marquee sign, mimicking the famous sign that adorns the exterior of Wrigley Field. 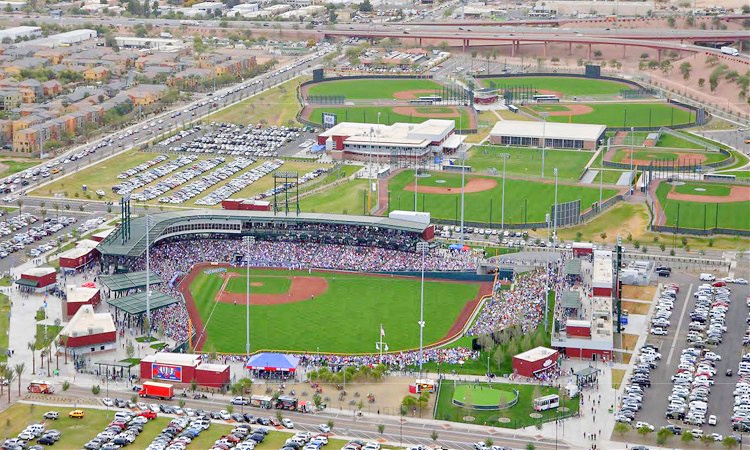 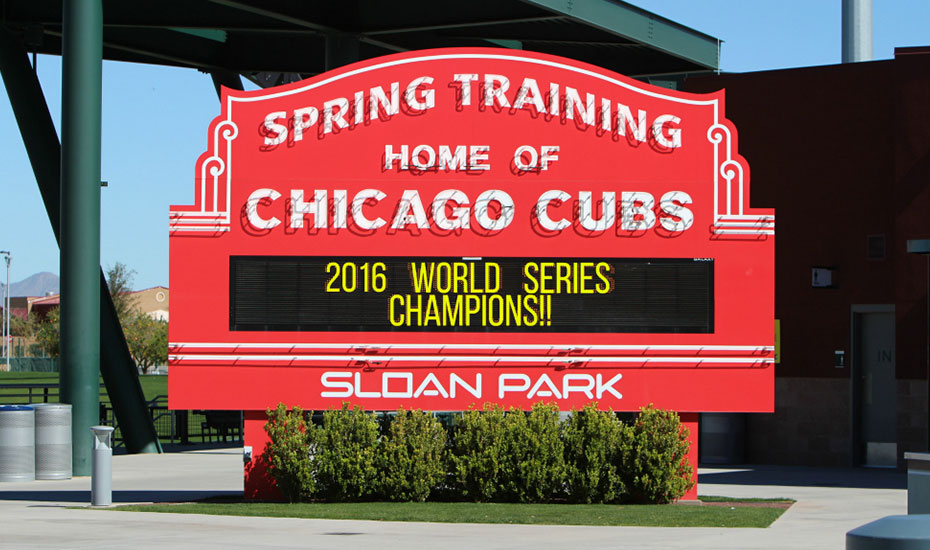 A little history on baseball in Mesa

In the 1920’s Mesa was home to several amateur baseball teams, the most well known being the Mesa Jewels. The teams needed a better baseball field which led the community to build their first permanent diamond in 1921, at the corner of 2nd Street and Sirrine. With the development of the nearby Rendezvous Hall, for social events, and Rendezvous Pool, the ballpark gradually became known as “Rendezvous Park.”

The Chicago Cubs first expressed interest in training in Mesa as early as 1942, when a contingent of Cubs officials met with City officials to evaluate the ballpark and lodging facilities. But it was not until 1952 that the final decision was made for the Chicago Cubs to use Mesa as their spring training home. Six major league exhibition games were played in Mesa that season, against the Cleveland Indians, New York Giants, Pittsburgh Pirates, and crosstown rival Chicago White Sox.

Amenities at Rendezvous Park were less than ideal. The clubhouse was too small to accommodate the players’ luggage; the trunks were moved outside each morning and returned to the clubhouse at the end of the day. Extra bleachers were rented to accommodate the large number of spectators, and 500 wooden chairs were acquired from Los Angeles Wrigley Field, to serve as “box seats.”

Improvements were made to Rendezvous Park over the years, with the Cubs training at the site through 1965. After a three-year absence, spring training returned to Mesa when an agreement was reached with the Oakland A’s. Mesa was Oakland’s spring training site for 10 years, including their three consecutive world championship seasons from 1972 to 1974.

Rendezvous Park fell victim to the wrecking ball in November 1976, replaced by the first stadium at Hohokam Park, dedicated in 1977. The A’s continued training at this new facility until 1979, at which time the Chicago Cubs relocated back to Mesa from Scottsdale. It was during the mid-1980s that the Cubs started enjoyed unprecedented attendance, ranking as the Cactus League’s largest draw, at or near the top of all major league teams in spring training admissions.

This continued support from area residents and winter visitors played a large role in the developing and building of the Sloan Park complex; one of the most unique and best spring training facilities in all of Major League Baseball.