Javy has a flare for the dramatic! 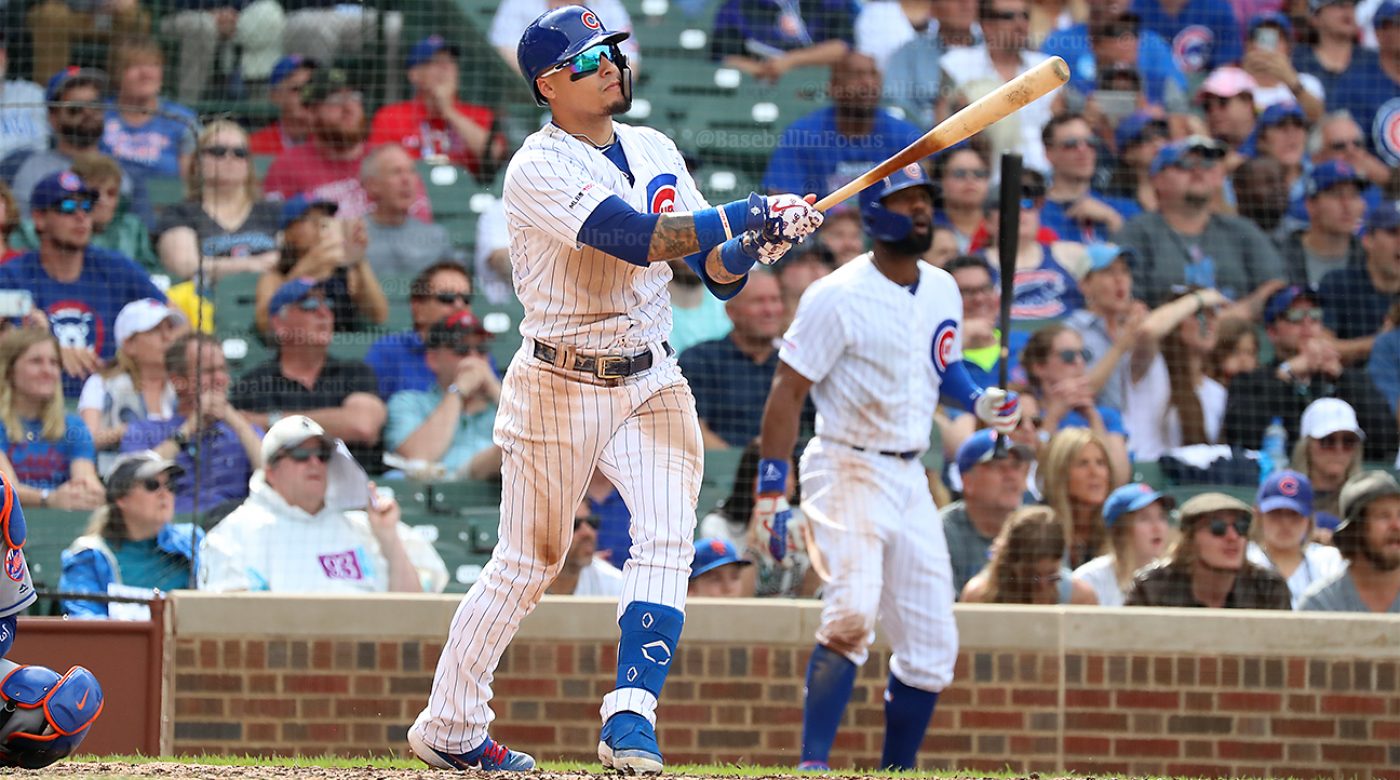 Rookie Adbert Alzolay re-energizing Cubs future pitching hopes and Javier Baez hitting his 100th-career HR were the big stories from the past week in CubsWorld. The team itself didn’t fare quite as well, splitting two games vs the White Sox, and doing the same in four games vs the Met, at Wrigley Field.  Our ace Boys of Spring photographer, John Antonoff, was there at Wrigley Field to capture it all.  Check out these great photographs, almost all of which are BOS exclusives!

The race for the National League Central title is too close for comfort!  As I write this post, the Cubs stand a half-game up on the Brewers, who have luckily been cold of late (3-7 in last ten games), and 2 games up on the Cardinals. Tonight, the Cubs start a crucial four-game series against the hot Atlanta Braves. Winning, or better yet, sweeping, this home-series would help build momentum upon hitting the road for 9 games.  Especially since two of the upcoming road-series will be against the Reds and the Pirates, both of whom are still hanging around in the division race and only 5.5 games back of the Cubs.

After his outstanding win in relief on Thursday, Adbert Alzolay will make his first start tomorrow night vs the Braves.  I love this quote by Theo about Alzolay from 2017 – “If he reaches his potential, he will someday be one of the five [starters], and closer to [No. 1] than five.”  While turning just 24-years-old this past spring, I think Alzolay may have a more focused and even-keel approach to big league games than your average rookie, in part because he’s been doing yoga and meditation for the past three years.

If you thought that El Mago dramatically slamming his 8th-inning HR yesterday was excitement enough, you’d be wrong!  That hit also propelled Javi into an elite club of Cubs shortstops to hit at least 100 homers!  He’s in good company, joining Ernie Banks (512 homers) and Shawon Dunston (107) as the only Cubs shortstops (minimum of 50 games defensively) to hit at least 100 homers.  Plus, that HR also meant the Cubs are the only team with 3 active-players to hit 100+ homers before turning 27-years-old: Anthony Rizzo, Kris Bryant, and now Javy.  Kyle Schwarber only needs 12 more dingers this season to join that Cubs club and make it 4!

Don’t forget to check out the CubTalks documentary web series!!!  We have exclusive, never-before-seen footage, including last week when I dug into my archives for a Javy Baez game winning walk-off HR vs team Japan, that happened a full-year before his first MLB at-bat!  You can’t miss other recent episodes, like my confrontation with Moises Alou shortly after the Bartman incident, an interview I did with Ron Santo, where he told a little know story of how he almost quit baseball , Vince Lloyd’s historic interview with President John F. Kennedy, and my inventive filming technique that puts you right in the batters box with Kris Bryant!

Stay tuned to Boys of Spring  –  there is exciting news coming up soon!  Go Cubs!

Today at Fitch in Pics

Marquez Smith, Josh Vitters, and Brett Jackson before BP Bobby Scales is even…