Hurling Really is a Sport

The Cubs have sunk to a win-loss record of 17-22 with yesterday’s 7-4 loss to the Reds. Last night’s game was so bad it prompted a closed door team meeting and this blog from the talented Tim Souers over at Cubby-Blue.com . Tim’s artwork (today’s example to left) is humorous and really adds to his Cub blogs, in this case I think it sum’s up the current feeling of many Cubs fans.

I was planning on heading over to Fitch Park today and watch Andrew Cashner throw a couple innings of extended spring training but Cash was scratched after experiencing tightness in his shoulder yesterday. Cashner is instead getting an MRI, and so it goes. 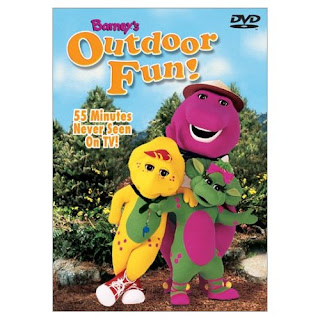 In the continuing bad news department, Tyler Colvin was optioned down to AAA after batting .113 on the year, that hurts just to write it. On the bright side we have rookie Darwin Barney currently batting a .345, who would have guessed. Back during pre-spring training workouts (known as Camp Colvin) I blogged about hearing one of the players yell out “Camp Barney”.  I guess the title of this camp needs to be changed every spring with the emergence of the most productive attending player. While Camp Colvin gives us nice alliteration, Camp Barney fuels some very evocative images. I’m already thinking ahead to next winter and liking the sound of – Camp McNutt.

Randy Wells is progressing from his extended spring game last week here in Mesa (photos in previous blog) to pitching today for the Cubs Single A Peoria club, if all goes well his next effort will be with the AAA Iowa Cubs and then back with the big league Cubs.

Images From Day One

Jeff Samardzija pitched well, allowing 2 runs on 6 hits in 5.1 innings pitched, he struck out 8, while walking 2.

Pitchers and Catchers have now had two days of workouts, so after such… 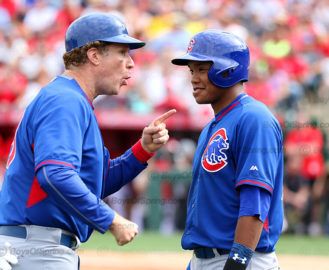