The Cubs are in Tucson today to play the Rockies and it will be the last time they ever play in the oldest Cactus League ballpark – Hi Corbett Field (The Rockies are moving spring training operations to the valley next year). Originally called Randolph Municipal Baseball Park when it was constructed in 1937, the Tucson landmark was originally used for the Class “D” Tucson Lizards…Love those minor league mascot names.

The ballpark was renamed in honor of Hiram Stevens Corbett, a former Arizona state senator instrumental in bringing spring training to Tucson, by convincing Bill Veeck to bring the Cleveland Indians to Tucson in 1947. They filmed some of the scenes in the movie Major League at Hi Corbett using University of Arizona baseball players as extras. Hi Corbett has been renovated many times but still maintains it’s charm, if not modern amenities.

Unfortunately I’m not able to make the trip down to Tucson today to see the Cubs final game at this unique and quaint Cactus League Park. In 1991 I drove down to see to Cubs play at Hi Corbett against the Cleveland Indians. Back then I was a fledgling amateur photographer using an old Pentax K1000, below are a few of the shots I took that day (scans from small prints). I’m glad I went that spring because Hi Corbett was renovated in 1992, so my spring of 91 visit allowed me to see the old school “Hi”. The Indians left Tucson to train in Florida after the spring of 1992, the Rockies started training there the following season.

An article about the Cactus League in the New York Times yesterday said, Arizona “is easily the best place to be for spring training”. It also mentioned that Florida born and raised Lou Piniella had never seen snow or eaten a taco until he came to AZ for spring training.

The rainout out game we experienced this spring will certainly hurt the overall season attendance for the Cubs but the previously unseasonably cool and wet AZ weather hasn’t hurt attendance at Hohokam as much as you might think. So far the Cubs have drawn 61,664 to six home games in Mesa, an average of 10,277…That is up from the first six games of spring 2009 which was an average of 9,445 at Hohokam.

Front of Hi Corbett in 1991 before facelifts

Gary Scott at the plate, yes Gary Scott…Hawk on second

I would like to bring a new book to your attention, Cactus League:… 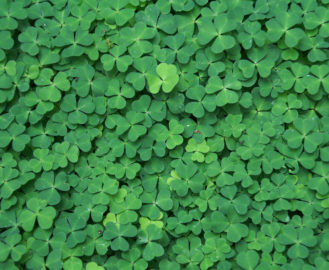 Happy St. Patrick's Day! The title is an Irish toast to your health...