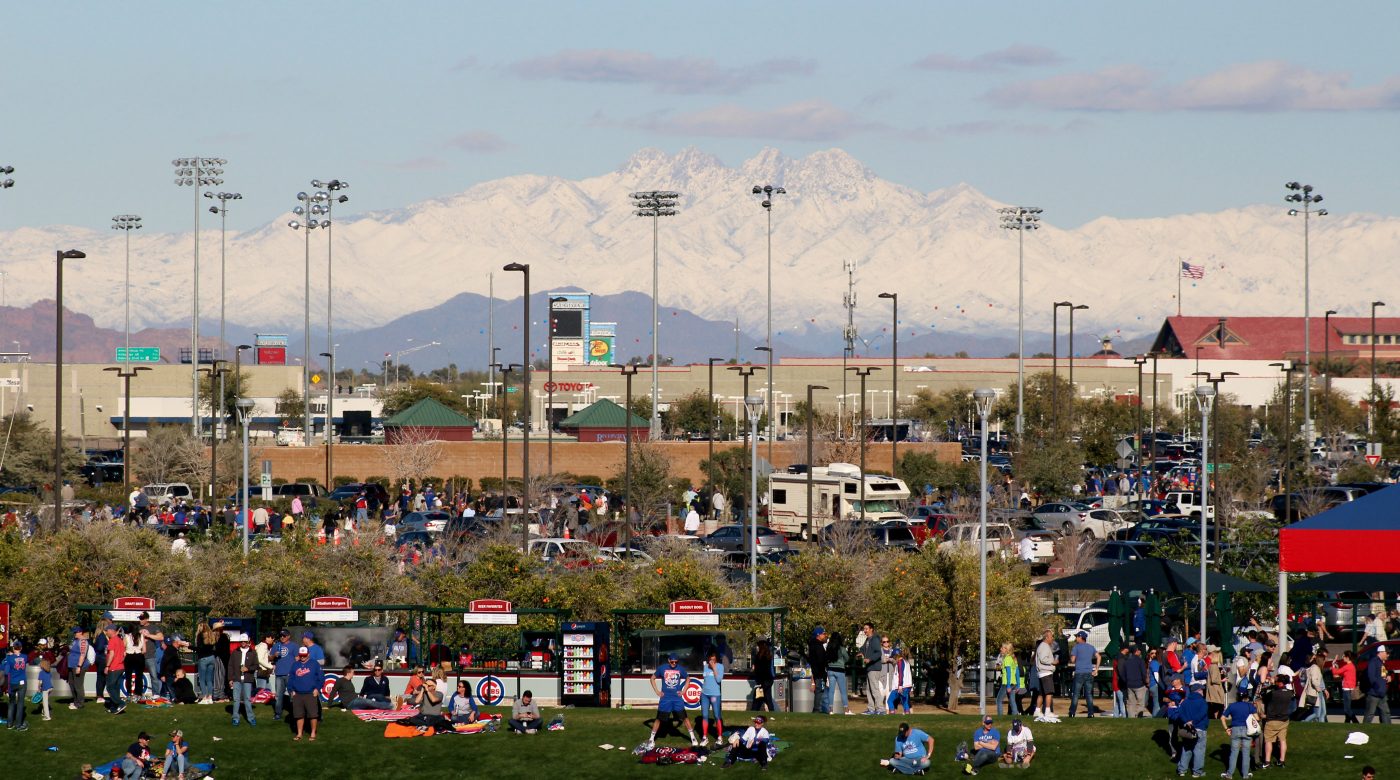 After two days of rain here in Mesa, the sky cleared on Saturday for the Cubs spring opener. And a very nice opener it was, the Cubs dumping the Brewers 8-4 at a sold out Sloan Park, with 15,716 in attendance. As the Cubs Media Relations department noted over the press-box only P.A. system, it was the 6th largest crowd ever at Sloan Park and the largest of the season!

This was one of the first games in Sloan Park’s six year history, where we viewed snow on the mountains beyond the ballpark. This resulted in some incredibly picturesque views, especially from up in the press box!

The game itself was highlighted by Kris Bryant’s two hits, which included a first inning two-run dinger! The rest of the game was decided mainly by players who won’t be on each team’s regular rosters come opening day. As mentioned here in a past blog, Bryant needs a bounce back season after his injury plagued 2018. To that end, KB is motivated by the doubters (I’m not one of them), as outlined in this article.

The weather can be a bit iffy this time of year here in Arizona, as we often have a winter storm roll through in late February. The recent storm dumped rain and snow for two days Thursday and Friday, including over 40 inches of snow in Flagstaff, AZ! The weather this coming week looks increasingly nice, with no rain in the Valley and high temps reaching 75 degrees by Thursday.

Since it’s still winter in other parts of the country, things like State high school hockey tournaments are winding down. Thursday morning on my previous blog, I gave a good luck shout-out to my cousin Hallie Sheridan as her Fergus Falls, MN hockey team played in the state tournament. Unfortunately Hal’s team lost the opening game against eventual State champion Breck in a hard fought 2-0 contest. Her Otters team entered the consolation bracket, they beat Mankato East and Rochester Lourdes yesterday to take the consolation title. Hallie, who plays defense, had two goals… Congrats to Hallie and all her teammates on a great year, going 23-7!

The Cubs are up in Scottsdale today playing the Giants and then back at Sloan Park Monday against the Padres.

Be sure to watch the upcoming Episode #2 this Wednesday of CubTalks with Tim Sheridan. Spoiler alert, I’ll be sitting between two of the most famous Cubs of all-time! 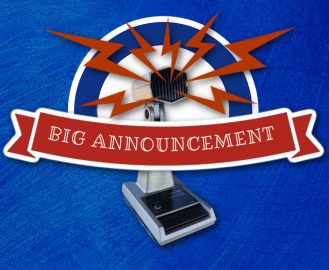 Today was the type of game that is easily forgotten by Cubs fans,…