Now that he’s firmly entrenched as a 21 year old, yesterday’s birthday boy Starlin Castro helped the Cubs to a comeback win over a split-squad Seattle Mariners team by the score of 6-3. It was another sunny day in Mesa with temps in the low to mid-70’s. Great baseball weather and the Cubs obliged with a fine baseball performance in front of an audience of 11,187 at Hohokam.

Randy Wells started the game for the Cubs and was touched for 2 runs in the 1st but then settled in, allowing only 1 more run and finished 5.2 innings allowing 5 hits while striking out 8 and walking 3. The other Cubs pitchers Jeff Samardzija, Sean Marshall, John Grabow, and Marcos Mateo finished the game allowing only 1 base runner, on a walk by Grabow to Brendan Ryan.

At the dish kid Castro was the hero stepping to the plate with bases loaded in the 7th and delivering a base clearing double. Castro leads the Cubs in RBI’s this spring with 15 and looks primed for a big year in 2011. Blake DeWitt came into the game replacing Jeff Baker at second base in the fourth inning and had two hits including a long home run. Josh Vitters and Reed Johnson each had a pinch hit double in the 7th.

The Cubs have been playing much better baseball of late winning 4 of the last 5 games, which is a good thing as we only have 4 days left on the spring schedule (5 if you count the Cubs Intrasquad Charity Game on the 30th).

Mariners 2nd baseman Jack Wilson took an Aramis Ramirez hard grounder off his jaw in the 4th inning.  He stayed in the game. When John Grabow entered the game he uncorked two hugely wild pitches that went soaring to the backstop, that at-bat ended with a walk of Brendan Ryan. However, Grabow settled down and then took out the Mariners 1-2-3.

Times have changed. When I first started doing the PA at old Hohokam, they didn’t even have music being played during the games (I helped get the the tunes going back then). Today before the Cubs took the field, Metallica was being played. I don’t know if that had any influence on the Cubs but when they did run out onto the field only Marlon Byrd ran out and was nearly at his spot in CF before the rest of the team came out of the dugout. There’s one particularly funny beer vendor who seems to work right below my area in the press box. He’s got many good lines, today I heard him call out, “Ladies, the more you drink the better the men look.” 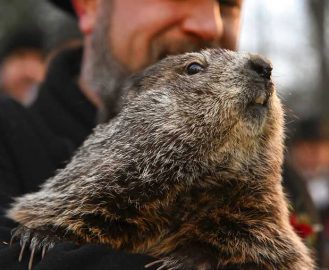 A Day at Fitch Park

Here are some photos I took at Fitch Park today…Enjoy. T Watching drills… 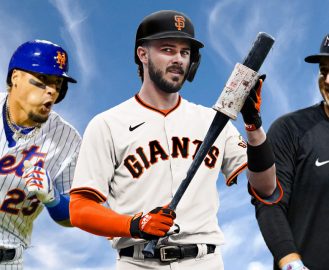