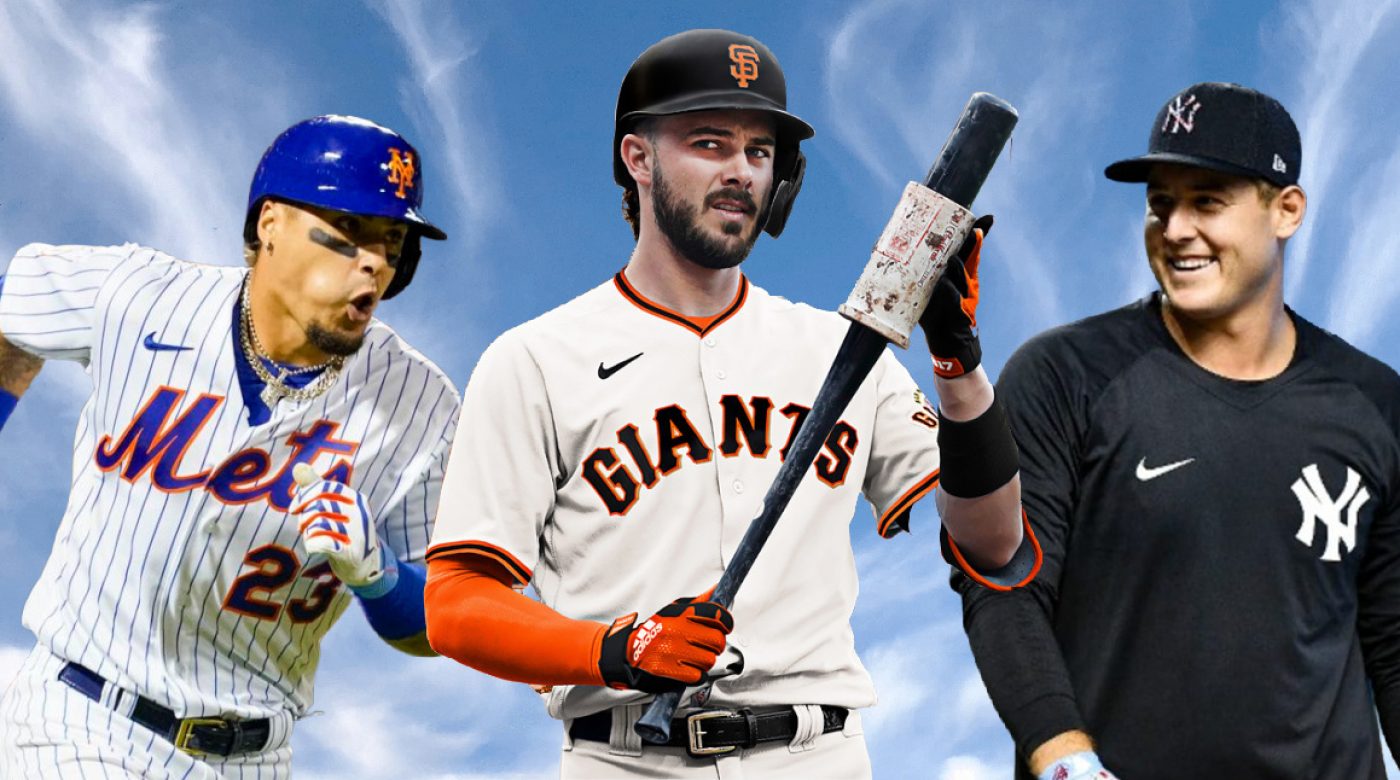 Rizzo, Javy, KB…all gone. I’ve been trying to make sense of what the Cubs did last week for days now. Even took an introspective walk around the lake, trying to clear my head and sort it out. It hasn’t been easy. So perhaps this is more of a stream of consciousness blog to allow me to vent, getting some thoughts and feelings out.

Let’s go back to early spring of 2012. At a nearly vacant Cubs Fitch Park complex, I bump into none other than former Red Sox curse-breaking exec Theo Epstein. Only months before, he had been hired as Cubs President of Baseball Operations. I introduced myself, telling him I’m the public address announcer for Cubs spring games here in Arizona.

Then, somewhat astonishing to me, Theo starts telling me about “the plan.” I think early in our conversation he sensed I was a baseball guy. At any rate, he goes into great detail about what he hopes to accomplish in five years and how they will go about it. He could not have been nicer and more open.

It was amazing to watch “the plan” in action and see it taking hold right from the beginning. The tear-down of the big league club and rebuild of the farm system. The trade for Anthony Rizzo in January 2012. Acquiring prospects, bit by bit, brick by brick, laying the foundation. The script went exactly as he said it would.

My good fortune at that time was being in Mesa during the summers – yes, even with the heat. That is where the young players reported first, to the Arizona Rookie League. I was there on Albert Almora’s first day in uniform with the Cubs organization, as well as Jorge Soler’s, and was able to score an on-camera interview with Albert a few days after signing with the Cubs. 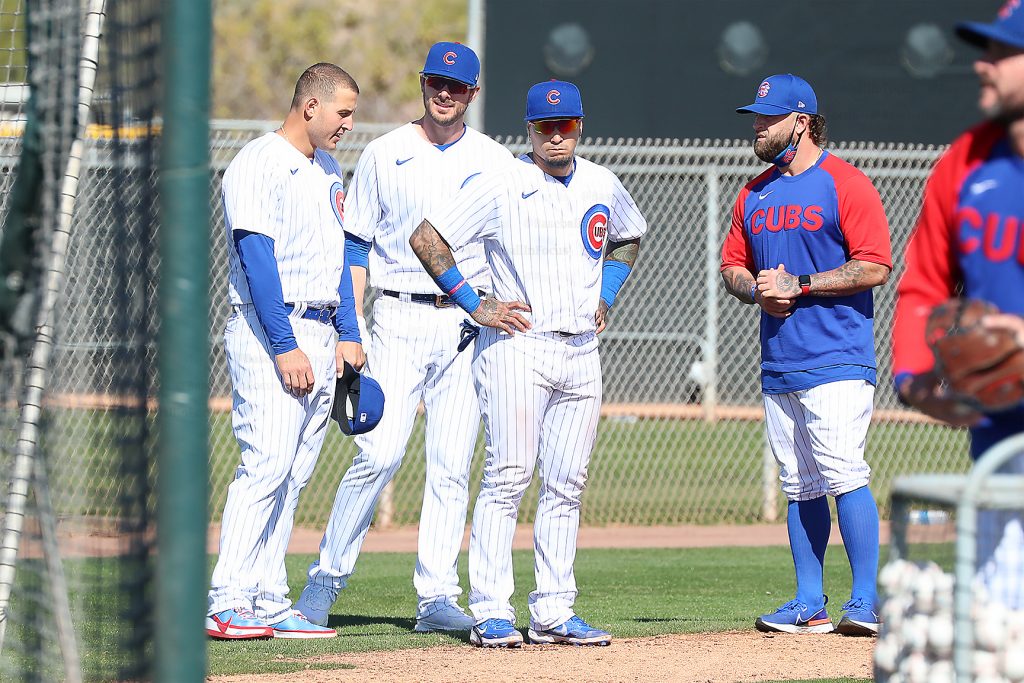 It was an exciting time being around the top prospects charged with changing the face of the Cubs. I’d been filming the Cubs for decades, but this group felt different than past years. These prospects had something special, you could see it on the field and in their eyes. The confident swagger of a 19-year-old Javier Báez with an MLB logo tattooed on his neck. The smiling ease of Kris Bryant when I filmed him at Hohokam in July of 2013 during his first practice with the Cubs organization.

Fast forward to 2015 – the plan is working! After five straight 5th place division finishes, the Cubs made the playoffs! Most experts didn’t expect this until 2016. They beat Pittsburgh in the Wild Card game, then knocked the hated Cardinals out of the playoffs! They ended up bowing out to the Mets, but all in all, it was magnificent!

In Chicago it felt like the Van Morrison song, ‘Brand New Day.’ I envisioned a dynasty in the making, one with seemingly unlimited power. Our own “murderer’s row” like the 1920s Yankees: Soler, Báez, Rizzo, Schwarber, Bryant, and eventually Contreras.

As we all know 2016 proved historically monumental! Winning the World Series was incredible and surreal, with an added visceral effect of lifting the burden of longtime losing off the shoulders of the entire Cubs fandom!

However, I was not able to celebrate the Cubs historic World Series win immediately. That night, one of the happiest of my life, I was mugged, beaten, and left unconscious in a bloody, broken mess. This isn’t something I say for sympathy, but rather to put things in perspective as to what is truly important. I didn’t get to revel in the win that evening, but I was alive!

After four months I recovered enough to be back announcing at Sloan Park to start the 2017 spring season. I’ve had many amazing experiences with the Cubs, but that spring training I had the thrill of a lifetime! Having the honor of introducing: “YOUR WORLD SERIES CHAMPION CHICAGO CUBS!”

And with most of the roster back, there just had to be a Cubs repeat. Then, as time went by, it didn’t happen. The team was competitive, sure, but after we had a taste of the World Series Kool-Aid, we wanted more. It wasn’t good enough to just make the playoffs. 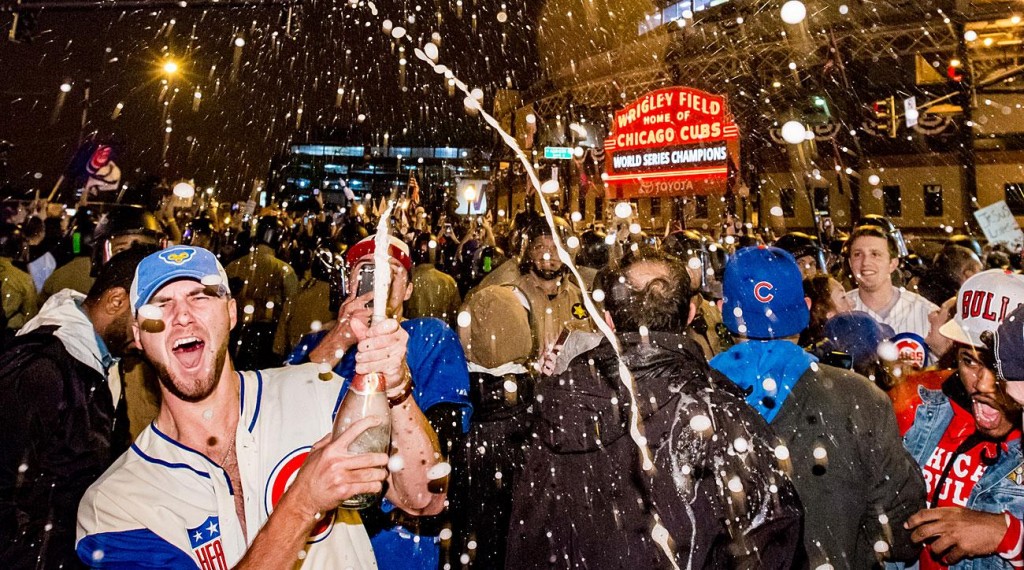 Here we are today, less than five years after that World Series win, in a season with hopes dashed and hearts empty. The leader, the glue, the broad-shouldered Teddy Bear, Anthony Rizzo – gone. The magician El Mago, so electric, so exciting, Javy Báez – gone. The collegian, good guy, MVP, Kris Bryant – gone. All in the space of a few days, the “Cubs Core” shipped unceremoniously out the door.

Thinking back to the chat with Theo, he mentioned the team would be a contender every year – at least that was the goal. Now, with Theo gone and the exodus of most of our curse-breakers, our larger-than-life heroes, our liberators from losing, the plan feels a million miles away.

After going 108 years between championships, there is a mindset lodged deep in the psyche. The recent years of winning pushed it down, but now it wants to sneak back into my brain – the Cubs aren’t made to have shiny pretty things. Start the next 100 year clock, it’s back to the lovable loser pile. A haunting whisper saying, “You had your moment in the sun.”

The new Theo, Jed Hoyer at times indicated that the big three, or at least one, would sign an extension. It didn’t happen. I’d be interested to know what really went down, but veiled finger pointing from the parties involved through the media won’t give us the answers. And so, like getting hit with a sucker punch we are bluntly reminded, baseball is above all, a business. 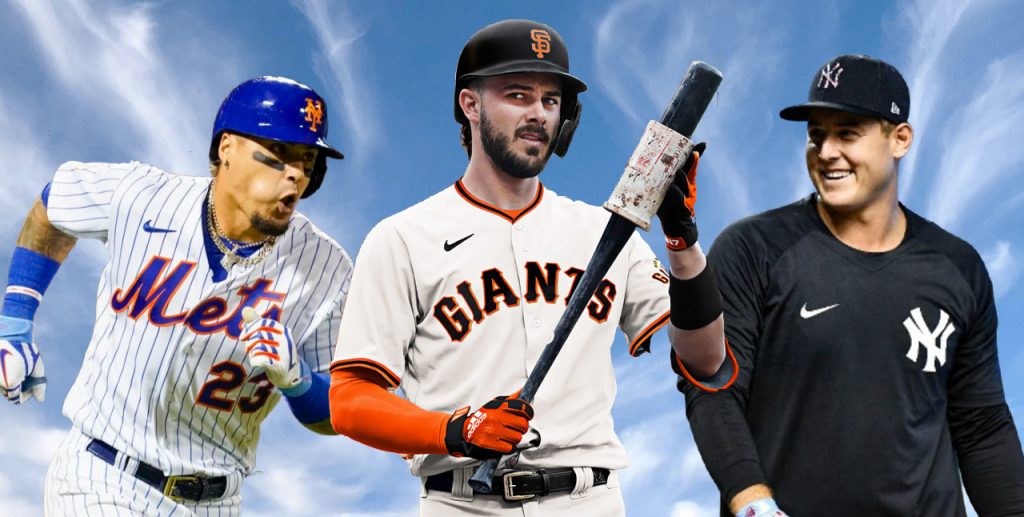 After the trade deadline, Hoyer said some things that made sense about why the dismantling had to take place. My head heard it, but my heart didn’t. So that’s it, we start again. It’s a biz and the names on the jersey’s change. I don’t like it, but the Cubs are my team, for better, or worse.

I’ve heard some fans this past weekend say they are done with the Cubs. I can not do that, not because I announce for the team, but because I’m a fan and it’s in my blood. This team has helped me get through some difficult times in my life. They were there when I needed them.

Being along for the ride, watching the incredible group of Cubs players, growing, learning and finally, fulfilling Theo’s plan and the championship dream was unbelievable. It felt like a once in a lifetime adventure. However, right now, it feels like another rebuild and it’s certainly not how I envisioned a championship window ending with this core.

Savoring the glory of a World Series title 108 years in the making was phenomenal. But it was the journey – as players became a team, the wins came more often, as hope grew to confidence, and finally belief. To all the Cubs fans who believed in the dream, Báez, Bryant, and Rizzo will always be Cubs in spirit.

On to the next journey.

Getting Ready for Cubs Baseball