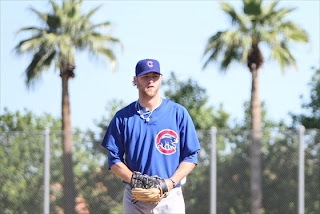 In the last three days the Cubs sandwiched two 11-4 victories around a 9-1 loss, and so goes it for the up and down Cubs in 2011. Love to see the Cubs starting to score some runs and the big three starting pitchers Dempster, Z, and Garza seem to be settling down and getting quality starts. However in the 9-1 loss Casey Coleman started and allowed 6 runs on 9 hits with 4 walks, which underscores the inconsistency of the Cubs number 4 and 5 starting pitchers since Randy Wells and Andrew Cashner went to the DL.
The following part of this blog was ready to post yesterday but unfortunately “Blogger” the site that hosts my BOS blog – wasn’t. Not only was the site down but my post from the day prior had also disappeared…ah the joys of technology. At any rate Blogger is now back on line after a 20 hour technical “read only” glitch, and finally my previous post has returned. 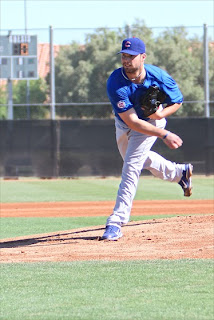 So here is yesterday’s news – today. I was at yesterday for extended spring training and was able to watch both Randy Wells and Andrew Cashner throw. Even though it’s yesterday’s news I shot these photos of Wells and Cashner and they are BOS world wide exclusives. I know seeing photos of Cubs pitchers throwing during rehab stints is hardly riveting stuff but it brings back memories (not good ones) of the days I used to stop at Fitch and take photos of Kerry Wood and Mark Prior rehabbing in extended spring. Now if I could have got Wells and Cash to use the Mark Prior “tossing towel”, it would really be déjà vu all over again.
Randy is now working into game conditions and tossed two innings in an extended spring game and Cash pitched some controlled BP. Wells is slightly ahead of Cash in his rehab and in talking with Randy he is really itching to return to action, and it looks like he will get a minor league start on Tuesday. Arizona Phil who delivers in depth coverage of extended spring training and the Arizona Rookie League for The Cub Reporter gives a full rundown on both Wells and Cashner’s outings yesterday.
I noticed watching Cashner’s BP session that only one or two of his pitches were decently hit (could have been a base hit in game). It’s one step at a time with the rehab progress and both Cubs pitchers are moving forward. Perhaps the hardest part of the process for these two is the slow pace…they are both young competitors who want to be back pitching in the bigs yesterday. There is no guarantee that the eventual return of Wells and Cashner into the starting rotation will solve the inconsistency issues of the Cubs 4 and 5 rotation spots, but it can’t be any worse than what the team’s been getting without them. 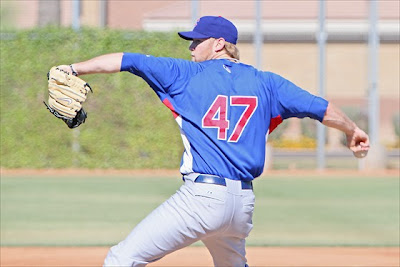 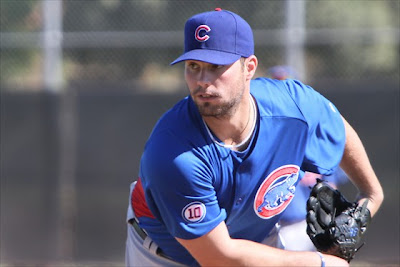 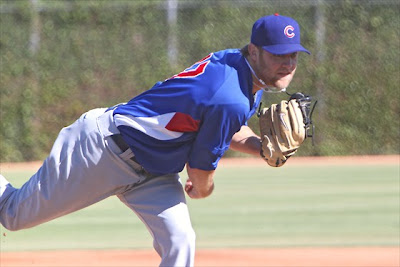 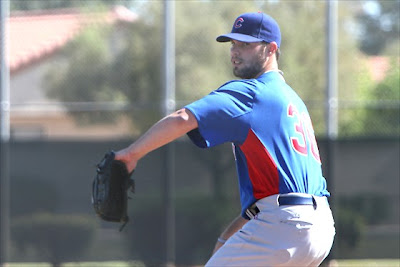 Moving on, getting over it, not dwelling on the past…Almost there

Finally a win for Ryan Dempster! The guy has pitched consistently well all…