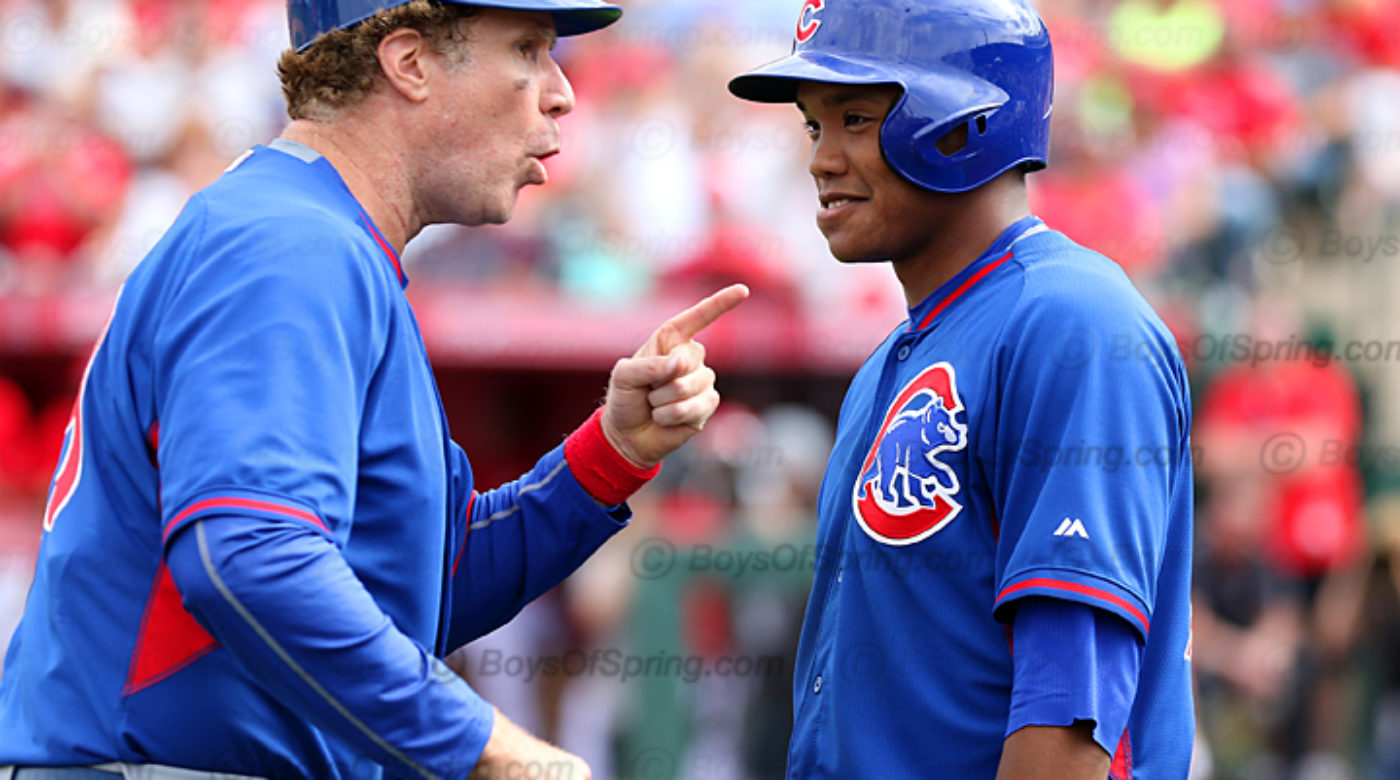 The title of the blog is a line from Frank (the Tank), played by Will Ferrell in the 2003 film Old School, it seems appropriate.

Actor/comedian Will Ferrell made a crazy Cactus League tour yesterday spending 14 hours between five separate spring training games, playing 10 positions for 10 MLB teams.  It was all for a great cause as he helped raise an estimated $1 million for charity.

Ferrell’s stop at the Cubs/Angels game in Tempe was one of the highlights, as he played CF for the Angels for an inning (replacing Mike Trout). For the Cubs, Ferrell coached Third base for an inning, played first base (for one batter), and got up to bat (swinging K). Cubs highly rated prospect Addison Russell had a meeting with the third base coach during his at-bat, and promptly laced an RBI double.

In between all the shenanigans, the Cubs and Angels played an exciting game, that the Angels ended up winning 10-9. The game saw some of the Cubs youngsters once again hit like they want to be in Wrigley this season. Mega-prospect Kris Bryant pounded two home runs, Jorge Soler launched a laser shot HR, and Addison Russell playing at short, was 3-3 with an RBI double.

The Cubs are back at Sloan Park today, taking on the Cleveland Indians, it should prove to be more low-key without the Will Ferrell show.

Our John Antonoff got some great photos from yesterday’s action.

That picture of Ferrell and Addison Russell is great. I would blow that one up, look to get it autographed, and hang it on my wall if I could. Nice shot!

All games start at 1:05PM Arizona time unless otherwise noted.March 4 vs Athletics,…

Another well-pitched game by Sean Marshall, he seems to be more and more…

The photos below are that rarest of breeds, the exclusive and world wide…