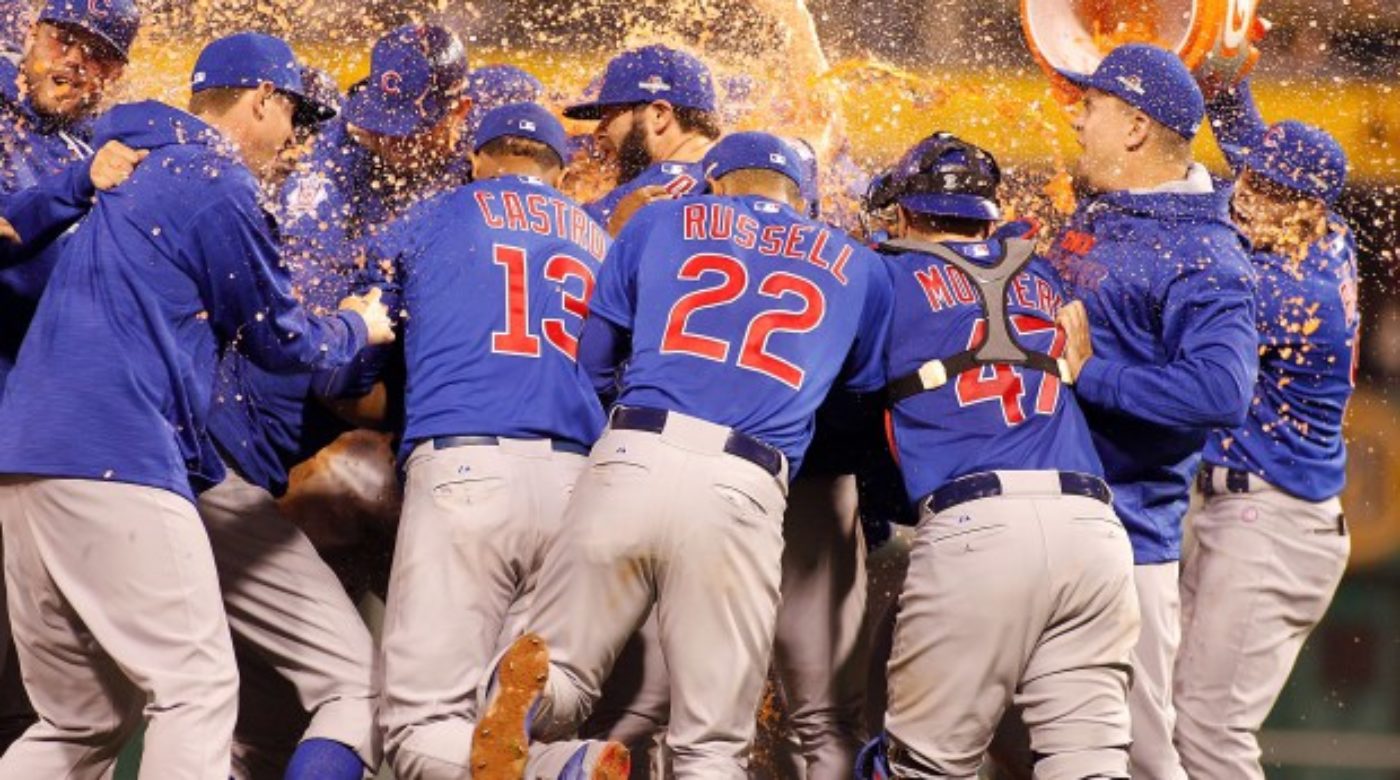 What a great game played be the Cubs last night, a 4-0 shutout pitched by Jake Arrieta over the Pirates in Pittsburgh! A long awaited post-season win and now a chance to play the Cardinals. With Arrieta pitching, a 3-0 lead seems somewhat comfortable, but as a Cubs fan I can seldom get very confident. We’ve seen games fall apart quickly in the past, and when the Pirates had bases loaded in the 6th with 1 out, it was white knuckle time. The Cubs and Big Jake came through with flying colors, making for one very enjoyable night! Who knows, maybe this group of guys will allow me to be less nervous while watching games? Probably not.

Today marks the 144th anniversary of the great Chicago fire of 1871. The original legend claimed the blaze began after Catherine O’Leary’s cow knocked over a lantern in the barn. That story eventually proved to be concocted by the media. Yes, even back then the media was suspect. In fact, in 1997, the Chicago City Council passed a resolution exonerating Catherine O’Leary, an Irish immigrant, and her cow. Unfortunately for O’Leary that exoneration was 102 years after her passing. The sad part is that after the slanderous fire story came out in the papers, Catherine O’Leary was forced into seclusion, rarely venturing out of her home before her death in 1895.

If you see a certain sorrowful similarity with Mrs. O’Leary and Cubs fan Steve Bartman, who went into seclusion after his infamous 1993 Wrigley Field ball incident, you aren’t alone. Back in 1871 many of the city leaders had long ignored the recommendations of the Chicago Fire Department, who had complained about the tinder box conditions that existed prior to the inferno that took down almost all of Chicago. After nearly three days in flames, rain came on the morning of October 10th which finally helped quell the blaze. Over 300 lives were lost, 70,000 buildings, and 73 miles of streets were destroyed. A dark time indeed, but from those ashes came the beginnings of the great city that Chicago is today.

So…you may be asking– Tim, why the history lesson? It’s because I wanted to give some background on our Cubs rock song, Clear the Way, and why the lyrics evolved as they did. It also just happens to be coincidental timing that the Chicago Fire anniversary is the day after the Cubs FIRST PLAYOFF WIN IN 12 YEARS.

Our song, Clear the Way, was written for a specific scene in our documentary film Public Address, and not meant to replace Go Cubs Go, or anything like that. For that reason, it needed to be an old-school rock song, which certainly is not to everyone’s taste. When I mentioned to a few people that we intended to create a Cubs anthem type song for the film, some said it should have a modern feel, perhaps a rap song. Which I think is a good idea, but it’s not what Dango Rose (our film’s music supervisor) and I had in mind.

As the Ricketts, along with Theo and company, were building the Cubs into something completely new and unprecedented, it reminded me of that time after the great fire and how a new and better Chicago was forged. The way the lyrics fell together in the end makes the song an unabashed Cubs ballad, but the same lyrics also project an ode to the city and it’s hard-working Fire Department.

On a more spectral note, we recorded some of the actual audio in Clear the Way using the very same microphone Harry Caray used when he led fans in singing Take Me Out to the Ball Game. It’s also the same mic I used when I had the great pleasure and honor of introducing Mr. Cub, Ernie Banks when he threw out several ceremonial pitches over the years at Old Hohokam Park. So, I like to think the song has some extra mojo in it–and a special connection to Ernie and Harry.

Our original version of Clear the Way had just been completed this past spring, so we played it before each Cubs spring training game at Sloan Park and fans responded enthusiastically. Yesterday Radio DePaul played the song about a half hour before the start of the Cubs vs Pirates playoff game. To know that Clear the Way was played in Chicago right before their playoff win, and at the start of this Cubs season of historic proportions, makes me feel good. And in a very small, and clearly superstitious way, I like to think it helped!

I put together a new video of the original version of Clear the Way for you, and after last night’s huge win, it feels especially sweet!

A Job To Do

As the first inning moved slowly along today, I joked to scoreboard operator…

Today’s Cubs vs. KC Royals game has been cancelled because of rain. On…