Things That Make You Go Hmmm

Aaron Miles, Hmmm….Hit .317 for the St. Louis Cardinals in 2008 then comes to the Cubs in 2009 and hits .185, then goes back to the Cardinals this season and is hitting .319.  Apparently Trojan horses also come disguised as dumpy infielders.

Speaking of dumpy infielders (or at least formerly dumpy), Matt Stairs has played for most MLB teams including the Cubs, I also have information that he played in Guatemala for five years in the mid-1980’s under the name Tipo Gordo. At any rate Stairs who claims to be 42 years old (never produced his Canadian birth certificate) was somehow able to drive in 2 runs yesterday against the Cubs in spite of the fact he’s pushing 50 years old and hasn’t hit over .200 since 2008…Hmmm

White Sox Manager Ozzie Guillen talking about how worn down Lou Piniella and Dusty Baker look after managing in Chicago. Guillen said he recently saw Dusty and now that he’s out of Chicago he looks like a GQ model…Hmmm.
I came across this old YouTube video of MADTV’s Johnny Sanchez doing an Ozzie impression…Note: If you’re Tony Dungy or are offended by colorful language don’t watch the video. 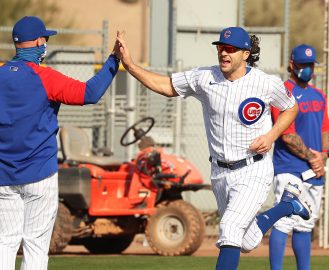 The Cubs have three “premium games” this spring training, on March 8th, 16th… 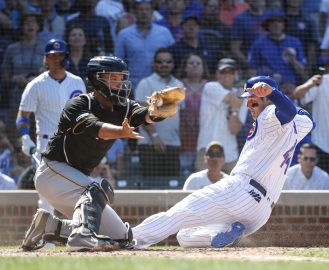