The Voice Of Wrigley Field 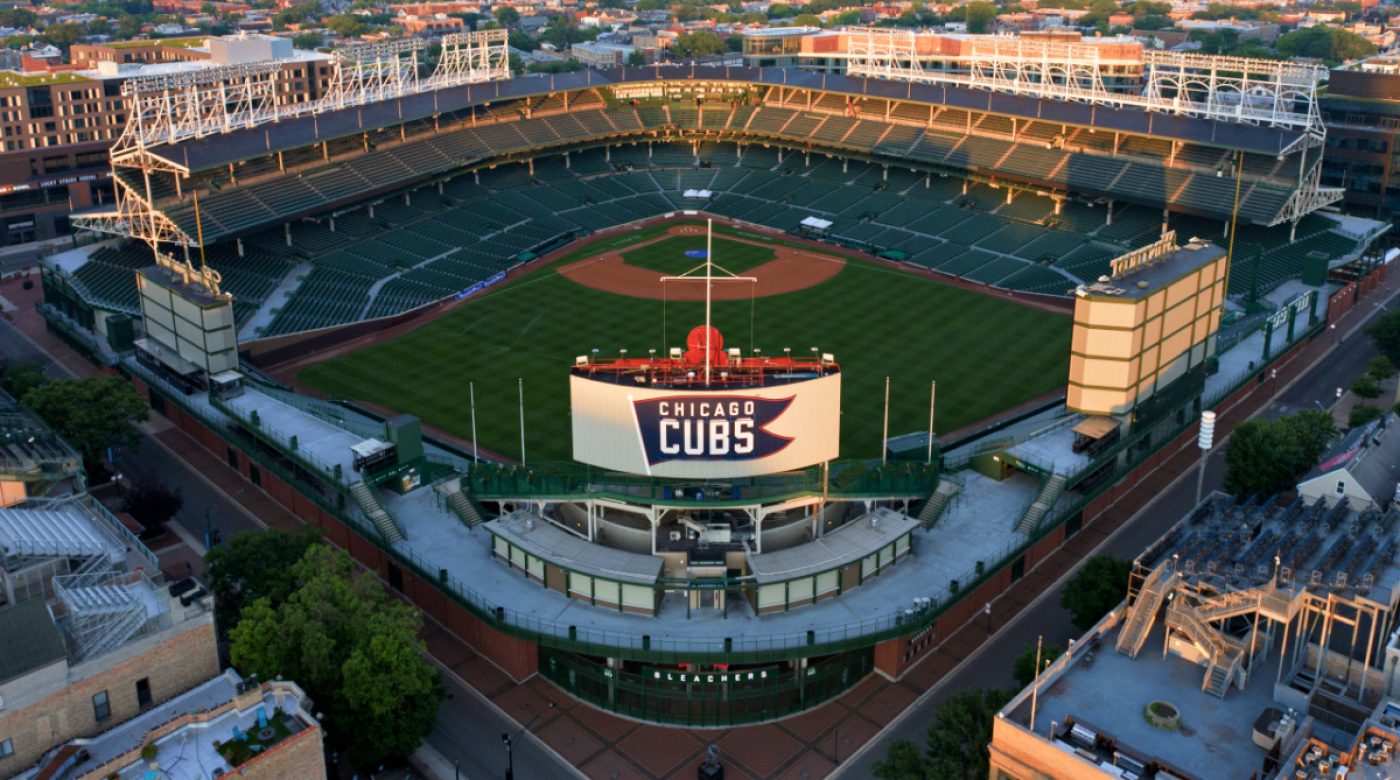 The Cubs are apparently looking for a new Public Address Announcer at Wrigley Field this season with the resignation of ten-year veteran field announcer Andrew Belleson. Many people have already reached out to say they think I should be the new Wrigley Field P.A. Announcer. To all of you in that group, I say, “Thank you!”

For a while now (give or take 30 years), it’s been a dream of mine to do some public address announcing at Wrigley Field, even for just a game, or a couple innings. That being said, with the recent resignation of Andrew Belleson, there have now been three openings for the Cubs Wrigley Field P.A. position since I’ve been the Public Address Announcer for Cubs spring training games.

The first opening came when then Wrigley P.A. man, Wayne Messmer was mugged and shot in the throat, on April 9, 1994. Thankfully, Wayne survived and to this day continues to sing the National Anthem at Wrigley Field. However, Wayne could not continue with the P.A. duties due to those injuries. The unfortunate incident created an extreme scramble for the Cubs just as they opened the 1994 season. The Cubs were on the road at the time of Messmer’s incident, playing the Expos in Montreal, but were due back at Wrigley on April 15th for a homestand with the Braves. The internet wasn’t up and doing it’s thing back then, so by the time I found out and inquired, the team had already found local radio man, Paul Friedman, to fill in.

Paul helped finish the 1994 season and ended up doing the majority of games for the Cubs over the next 15 years. Here is a CubTalks video episode of a game when I was up in the Wrigley Field press box with Paul Friedman and organist extraordinaire, Gary Pressy, back in June of 2000.

The next opening occurred prior to the 2011 season when Paul Friedman, like Andrew Belleson, resigned to pursue other opportunities.

You may remember, the Cubs held an open audition for that P.A. job via youtube. My entry joined close to 3000 others submitted! Soon after, my Cubs inside sources told me the team was looking for a “local kid makes good” story. In the end, they picked Andrew Belleson, who has manned the position for the past 10 seasons.

So here we are, only three weeks from the opening game of the Cubs 2021 season at Wrigley Field. The team is in need of a Public Address Announcer and I happen to know a person who might fit the bill. A Cubs P.A. Announcer who has announced 11 Cubs playoff teams, 10 Cubs Hall of Famers, over 40 MLB Hall of Famers, and was the first P.A. Announcer to utter these words to start a Cubs game: “Ladies and gentlemen, your World Series Champion Chicago Cubs!”

Oh yes, I almost forgot, this person is also a conduit to the Cubs past. in that he handed his P.A. mic to Harry Caray some one-hundred plus times for Harry to sing during the 7th-inning stretch. That person is, obviously, yours truly! Looking back, I feel very blessed to have lived that P.A. resume. Add in the fact I’ve announced the public address to more spring training baseball fans than anyone in the history of the planet, and I say, “Bring on Wrigley Field!”

Truth be told, I’d be happy to provide a seamless transition between announcers. This would give the team time to do a proper search for a long-term solution. Although, I’m not adverse to BEING the long-term solution! I mean, it would only take, what, like 60-year’s announcing at Wrigley to reach the longevity of legendary Cubs P.A. man Pat Pieper. Hey, I’m up for a challenge!

Finally a win for Ryan Dempster! The guy has pitched consistently well all…

Things That Make You Go Hmmm