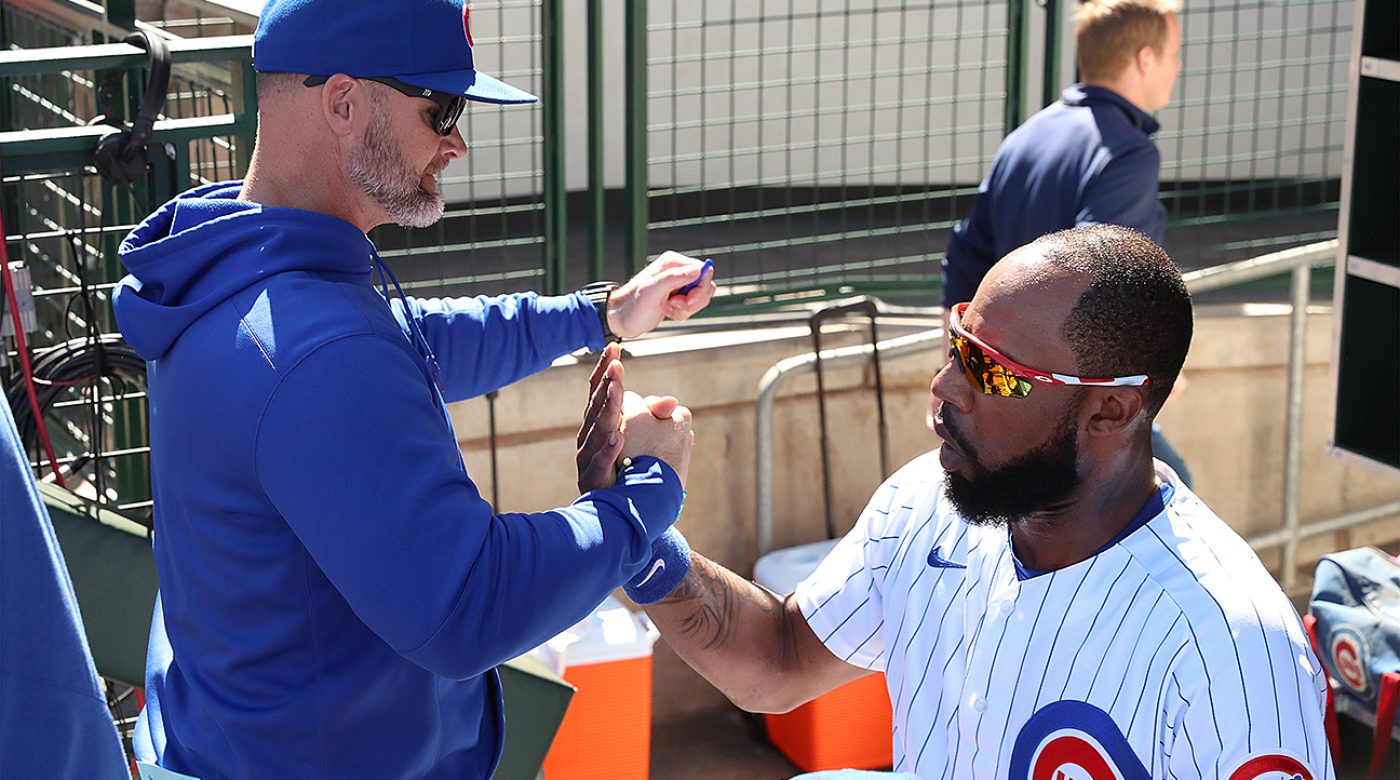 The Cubs lost to the Rockies 12 – 6 on Tuesday and then beat the Royals 8 – 0 yesterday, both games at Sloan Park in Mesa. Honestly, it’s still very early in the spring to get much of a read on anything regarding these performances. Jon Lester was not good in his start on Tuesday. Kyle Hendricks was good in his start on Wednesday. To those performances, I say –  meh, big deal. Let’s talk about it again, in three weeks and at the start of the regular season. Pitchers are generally behind the hitters at this point and it takes a few weeks to build up game arm strength.

Honestly, after an off-season of mostly inaction by the Cubs front office regarding the roster and the Astros cheating scandal dominating headlines, it’s just really nice to have baseball and the Cubs back in action! We have time to get it all figured out before opening day.

So just enjoy some photos from the Cubs recent Sloan Park games from John Antonoff!

The Return of the Rain, Big Z, and Woo

Cubs win in bottom of the 9th

Sorry about the lateness of this blog, but I stopped off at Sluggo’s…

Spitting and Crotch Grabbing, the Boys are Back

Do you have those days where it seems technology is against you? Yesterday…