Music, Mimes, and No Dress Code 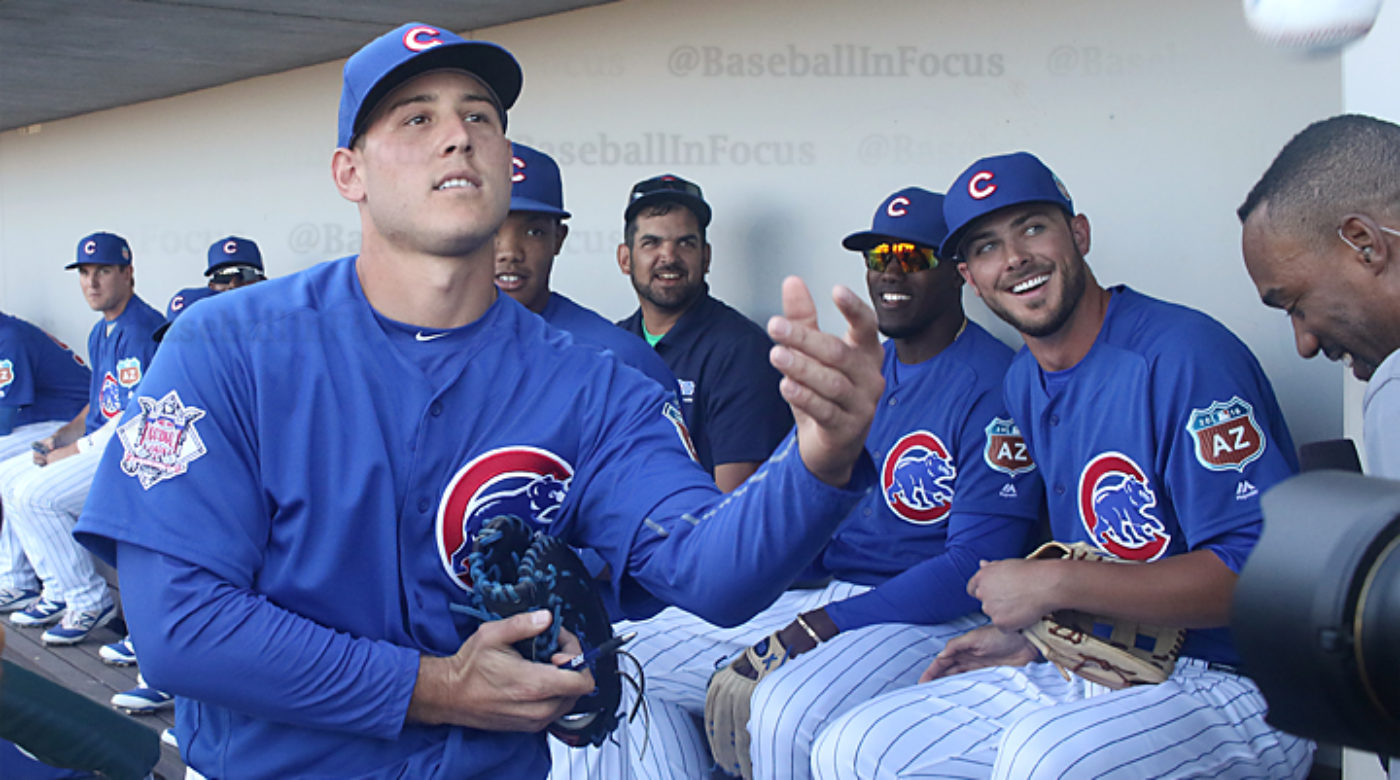 It’s been a week since my last blog on St. Patrick’s Day, since that time a lot has happened in Cubs World, and mine. Going back to St. Pat’s Day, that game at Sloan Park was very enjoyable as the Cubs pounded the Diamondbacks 15-4. With a Cubs starting lineup that resembled what we might see in the regular season, the Cubs jumped on DBacks pitcher Archie Bradley in the first inning to the tune of 5 runs. It was exactly the type of start I envision for many games this season with such a powerful offensive Cubs lineup. Dexter Fowler led off with a triple (scored on overthrow into stands), Kris Bryant a double, Kyle Schwarber a triple, Jorge Soler a laser shot HR, add in a Jason Heyward walk and you get a quick 5 spot. The Cubs had 14 hits on the night, the first 10 of which were all extra base hits. Starter Jason Hammel was rock solid in his 4 innings of work.

The Cubs lost the following day to the White Sox in Glendale 3-2 with only 4 position player regulars starting, all of whom got the quick hook. Kyle Hendricks pitched 5 quality innings, allowing 1 run on 2 hits, with 3 K’s and 0 walks.

On Saturday I was asked to announce the public address for a special game at Sloan Park. The Chicago RBI (Reviving Baseball in Inner Cities) Junior All-Star team was flown in from the Windy City for a special Major League weekend put together by Starwood Hotels, with help from American Airlines and the Sheraton. The Chicago RBI team played an Arizona RBI team on the stadium field at Sloan Park in a 7 inning game, with Cubs Pedro Strop and Kyle Schwarber as guest coaches for the teams. From my standpoint as a public address announcer the game could have been a nightmare with no names on the jerseys and all players wearing #16. The solution to the everyone is wearing jersey #16 issue, was to have me announce from the field going from dugout to dugout each half inning. I’m happy to say that everyone on each roster got into the game, and every #16 had their actual name announced. Maybe I can talk the Cubs into having me announce games from their dugout, now that would be blast! The kids had great fun being around the Cubs players and playing at Sloan, there was also a cool story involving one of the RBI players and Kyle Schwarber.

On Saturday Jake Arrieta pitched in a game against the Rockies Triple-A team, and according to Mark Gonzalez, Arrieta worked on throwing his change-up.

The Cubs played an outstanding game on Sunday beating the Kansas City Royals 5-2 at Sloan Park in front of an all-time spring training record crowd of 15,523. We could have probably sold 20-25K tickets for that game if Sloan had the capacity!

Sunday night after the game, I was invited by the guys from Ivy Envy to a Cubs fan meet-up. This wasn’t just a meet up, but a night of Cubs music at the Yucca Tap room in Tempe, with the Cubs music performed by Danny Rockett and Katie Day, along with non-Cubs related band You Knew Me When. Most of the people who showed up that night probably had no idea that the Yucca Tap room is really the last grimy live music bar still open in Tempe which was part of an incredible local music scene in the late 1980’s and 1990’s. The two other prominent live music bars from those days, Long Wongs and the Sail Inn have both closed. The Yucca hasn’t changed much over the years, and it sure brings back a lot of memories for me. Local Tempe/Phoenix Bands including the Gin Blossoms, The Refreshments, Dead Hot Workshop, Meat Puppets, Pistoleros, Phunk Junkeez, and Jimmy Eat World all came up around that time and played these joints. Before these bands gained any national recognition, I can tell you first hand that many of their shows were often times wild and unpredictable, but most certainly memorable!

Back to the Cubs music night, Go Cubs Go, wasn’t part of the program but Heyward was. I’m speaking of Danny Rockett’s humorous and well done parody of the Beetles song Hey Jude, called – Heyward. Danny Rockett sang many Cubs related parody’s, as well as some originals based on his experiences as a Cubs fan. After that, the talented Katie Day took the stage and played a set that included her emotive Cubs ode By The Lakeside. The final musical act was a husband and wife band called You Knew Me When who had no idea what the whole Cubs thing was about. By the end of the evening they knew a lot more about the Cubs, but may have still been unnerved by such a rabid group of fans!

One more musical item of note, one of my current favorite bands Elephant Revival is playing this evening at the Crescent Ballroom in Phoenix. Dango Rose who plays double bass/mandolin/banjo and vocals for ER is a huge Cubs fan. The band plays an eclectic mix of music that is hard to put a label on, you hear Bluegrass, Folk, Celtic, Indie Rock, and even what might be called Psychedelic Country.  Everyone in the band is an amazing musician and the group mixes and matches instruments for each song. Elephant Revival always puts on a great live performance!

The rest of the Cubs week has included a day off on Monday, mimes helping to warm up the team, more baseball, Joe Maddon abolishing the player’s dress code, a Sports Illustrated cover, and Donald Trump threatening to run attack ads on the Cubs. In other words, a typical Cubs week here at Sloan Park in Mesa.

Murphy’s from Wrigley during game Sure, we were killing time before our evening…

Tim talks accessibility for fans at Cubs spring camp at Cubs Park, and posts pics from the weekend at Cubs Camp. 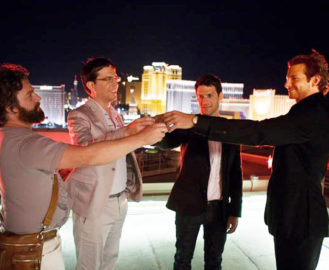 How long does it take to get over a hangover? Read More