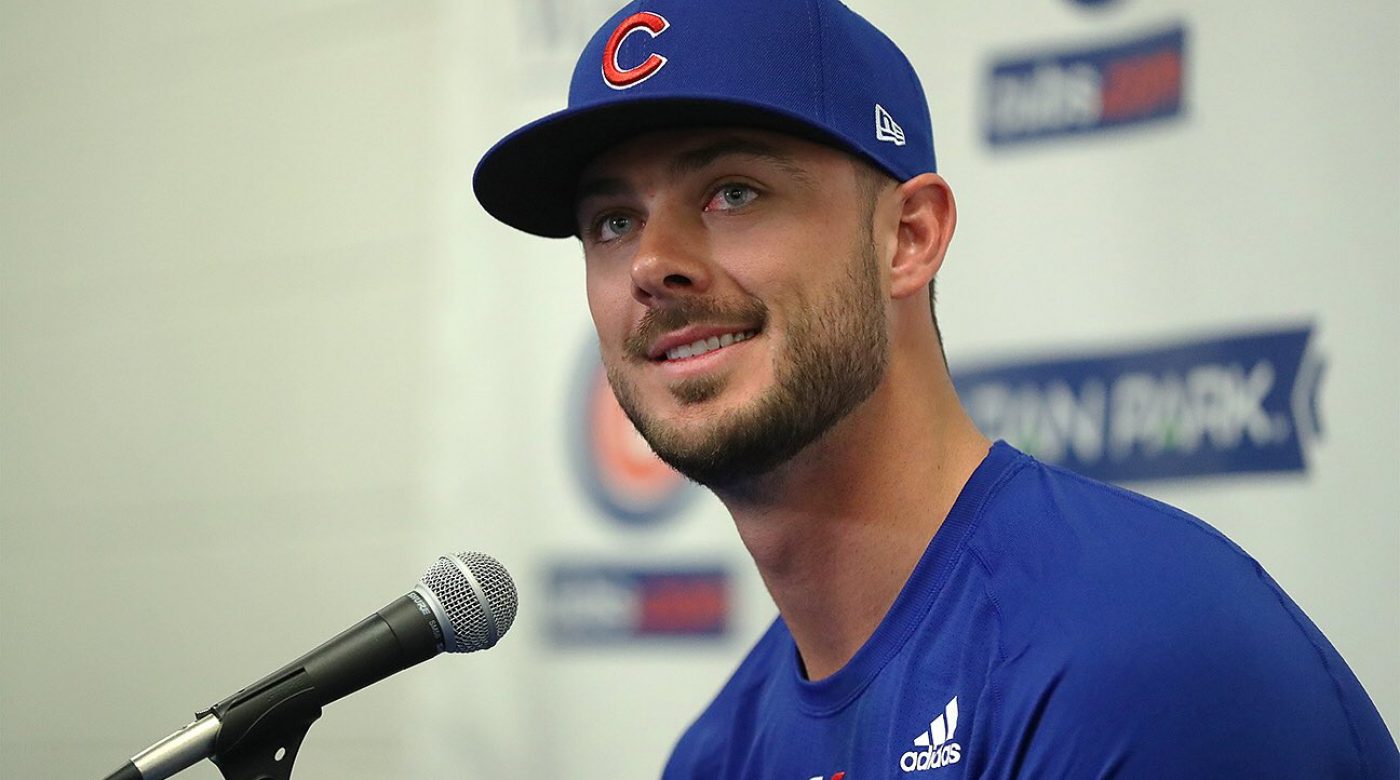 One week from today, the Cubs will be playing the Oakland Athletics at Sloan Park – One week!

It’s been a pretty low key past few days at Cubs camp here in Mesa…until today. Kris Bryant is in the house! KB had a lot to say this morning: ripping the cheating Astros, touting his agent, and stating he has no hard feelings with the Cubs organization regarding his service time grievance. We also learned KB loves Chicago, wants to be a Cub, took guitar lessons during the off-season and says “Twitter is the worst thing to happen to this world.” Ironically, ESPN 1000’s Jesse Rogers was tweeting much of what Bryant was saying, moments after he said it. Ah twitter.

Things will start picking up tomorrow as Cubs position players officially report, with the first full-squad workout on Monday. Until then, here are some photos from Cubs camp, as shot by our man John Antonoff. Enjoy!

Fresh air, green grass, sunshine and baseball, sounds like something we can all…

Just a typical AZ spring day, plentiful sunshine and a high of of…