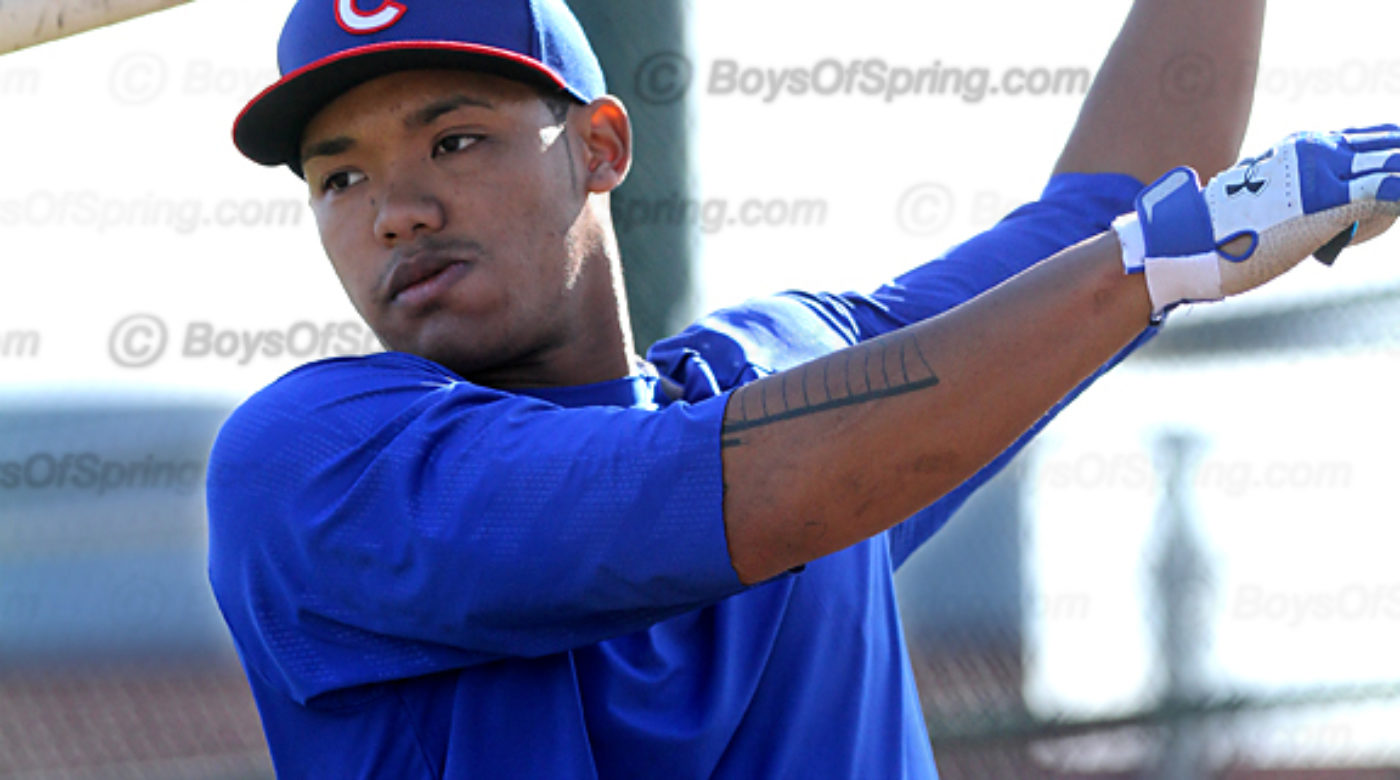 Earlier this spring Cubs Manager Joe Maddon spoke of The Cub University, he said it could be a “liberal arts education in baseball.” What has jumped out at me is Cub U’s school of Middle Infield Program. The Harvard Law of shortstops and second basemen, if you will. The student’s start young, like recently turned 18 year old Gleyber Torres. When Torres came to bat this past Friday, I thought, this kid may be the youngest player I’ve ever announced in spring training. The uber-talented international shortstop prospect promptly laced an RBI double to the gap.

Let’s face it, with a name like Addison he seems destined for Wrigley Field. And his middle name is Clark! Okay, that last part isn’t true. I did find out his real middle name, or at least what he goes by, and it’s even better than Clark, it’s W. I’m not kidding, that’s it – W! I know that the W likely stands for something else, but even with my sleuthy internet skills, I can only find the W, which seems perfect.

In all seriousness, in watching Addison Russell, he’s the real deal, a middle infielder with outstanding defense, and a bat that can hit for average and some power. I’ve also noticed Russell seems to have that steely eyed, hardnosed focus of a winner. Some have likened him to Barry Larkin, which is high praise indeed.

There’s some great talent in the Cub U Middle Infield Program, some of those players are currently doing internships like Arismendy Alcantara, and Javier Baez, while the previously mentioned Addison Russell and Gleyber Torres, pursue their degrees. I didn’t mention Starlin Castro because he was a pre-Maddon graduate, although it appears he may need a refresher course in focus and defense.

Javy Baez’ free swinging bat is still with him this spring, changed approach or no. I believe it’s more of a mental thing with him right now. His defense has been decent in the past, but it’s his bat that has gotten him this far. I hope he puts it all together, but at this point, I’m on the fence about whether he can do that.

Regarding the mental aspect of baseball, Jon Lester comes to the Cubs as a man with the attitude, he’s all about winning. Which explains why he wasn’t happy today giving up 6 earned runs in 3 and 1/3 innings, even though the game doesn’t count. When he talks about the young Cubs, it’s either, play up, or get left behind. I love this attitude. As I’ve mentioned here before, I think we need to move on from the lovable losers’ mentality.  No more cuddly Cubbies, I want these Cubs to grow into vicious grizzlies and start devouring everything in front of them. I think Lester has that mindset, and the whole organization should.

With so many young players matriculating through Cub U there will be growing pains this season. For that reason, I’m not thinking this is the year. Sure they could surprise us and win it all, and that would be insane…but winning is a process, one which takes steps. I see this year as one of those stepping stone seasons, but important in developing a long term winning mindset.

Perhaps history is repeating itself; the reason the name “Cubs” was first adopted back in 1907-08, was due to newspaper men noting how young some of the players on that team were. You know – Cubs. The thing about those teams back then, is that, while they were young, they also did whatever it takes to win.

In Cait Murphy’s outstanding book Crazy 08, she tells about a spring training intra-squad game on St. Patrick’s Day in 1908 with the Cubs Irish players against the German players (those not of Irish or German decent chose a side), it was “hotly contested” and to “everyone’s relief, the game ends in a 4-4 tie.” That spring the team would go on to play local town teams, including a game against Terre Haute Indiana, in which the Cubs thrashed them, stealing 5 bases while being up by 8 or 10 runs. It was all about the winning.

Starting in 1906 those young Cubs ushered in arguably the greatest five season stretch in Cubs history, including two World Series titles and the highest season winning percentage ever – .763, going 116 and 36 in 1906.

Winning at the highest level, takes talent, great skill, some luck, and an intense internal fire and desire. It will be interesting to see in the coming years if Cubs U turns out graduates who have all the qualities and drive needed to win it all.

No Chance of Rain Today

Hohokam about 1:05 today It wasn’t raining upon my arrival at Hohokam this… 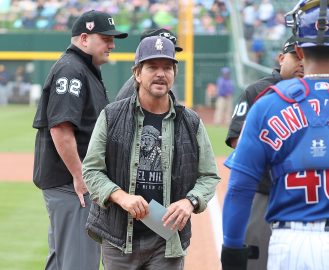