We had a few technical issues that stopped the presses here on the Boys of Spring blog, but those problems are now history and I’ll be blogging regularly again. The blog I posted on May 12th didn’t appear until this past weekend when the technical difficulties were resolved, so if you missed it and want to find out some interesting stuff about baseball on Catalina Island, go back and check it out. Jim Vitti’s new book, “Chicago Cubs: Baseball on Catalina Island”, is a story all Cubs fans should enjoy. 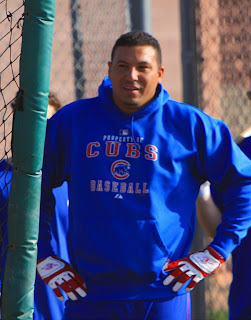 Big Z back in the starting rotation this evening and, hopefully, this can help light a spark under the team. These last two games losing in the late innings to the Pirates have been very hard to stomach. To that I say, how about those Chicago Blackhawks! At least one Chicago team is winning against a Pennsylvania team and with the stakes much higher.
Monday’s win over the Flyers was huge, taking a 2-0 series lead in the pursuit of ending the NHL’s longest current Stanley Cup championship drought. That’s a near fifty year drought since the Blackhawks’ last Cup title in 1960-61. Fifty years…big deal. That’s nothing. We’re Cub fans.

Seriously though, getting the once proud franchise back on a competitive level is great to see and former Cubs President and marketing guru, John McDonough, has had a big hand in the Hawks revival. McDonough, the current Blackhawks President, brought back Tony Esposito, Stan Mikita, and Bobby Hull a few years ago as Ambassadors for the team. That was a great start in establishing a better relationship with fans and former players.

It wasn’t long ago that many fans would have scratched their heads if the Golden Jet Hull had been named a Blackhawks Ambassador, mainly due to his Harry Caray like love for the taverns and a reputation as a bit of a wild man. I can personally vouch for the Hull’s talents as both an ambassador and enthusiastic imbiber of fun and spirits, at least during the evening I hung out with him.
A little backstory, my family moved to Arizona when I was in high school. Before that I’d spent my entire life in the Midwest. I loved watching and playing most team sports including baseball, football, basketball, and yes, hockey. My love and knowledge of hockey would eventually come in handy when I would meet the Golden Jet.
Hall of Fame baseball star and longtime Cubs radio broadcaster Lou Boudreau held a charity golf tournament in Arizona every spring back in the 1980’s and early 90’s. Lou would always throw a big cocktail party for the participants and VIP’s at the tourney. One of these parties was held at the picnic area outside Old Hohokam Park and, as the Cubs Hohokam announcer, I got an invite. Boudreau’s tournament always brought out many baseball greats and former Cubs as well as a who’s who of the Chicago sports scene. 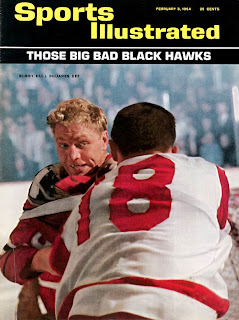 So I was at the party, recently out of college and hanging with some of the athletic legends I worshiped as a child. After downing a courage giving beverage, my anxiety over walking among the sports stars and being the youngest person at the party subsided, and I started mingling. One of the first people I met and talked with was Hank Sauer, “The Mayor of Wrigley Field”, who won the NL MVP with the Cubs in 1952. The evening was still young, in spite of my several relay hand-offs at the open bar, when I noticed him – one of my REAL sports idols — the man with a 100+ mph slapshot. The Golden Jet himself. Bobby Hull. Unlike Sauer, who was done as a major leaguer before I was ever born, I had witnessed Bobby Hull’s amazing skills on the ice until his long career finished in 1980.
I’m thinking, here’s a guy I want to meet just to tell him how much I enjoyed watching him play hockey. I walked up and introduced myself to Hull who at this time was about 10 years retired and in his early 50’s. Then nervously trying to make conversation, I proceeded to rattle off a list of players names that he had played with or against back in his Blackhawk days. A few of the names were fairly obscure, so I think he then realized in spite of my age I was a true longtime fan. With that, the Golden Jet and I formed a quick kinship based on from what I could tell three things… hockey, Hull, and happy hour…not necessarily in that order.
We talked about many things including, him playing in the NHL with his brother, about former teammates and that crazy North Stars goaltender Gump Worsley, who played against Hull and his blistering slap shot at 42 years old WITHOUT a mask. When I asked him how fast his slapshot really was, he said it was consistently over 100 mph and once clocked at 118, according to Hull, that was not such a big deal as he could hit 96 on a backhander. Our conversation flowed as easily as the drinks from the bar and, in true ambassador fashion, the Golden Jet started introducing me to everyone he knew at the party as if I were one of his long lost pals.
Hull, at one point, good naturedly cracked one about his famous son Brett, who was making BIG money in the NHL at that time, for regularly getting alligator arms when it came time to pay the check at dinner…leaving “the old man” to take care of it. Yes sir, it was a fun evening hanging with the Golden Jet. And as the party started to break up, Bobby suggested that we head to a certain type of club where we can watch some…err…entertainment. Maybe I better save that story for another time.
Go Blackhawks ! Go Cubs!
The young Golden Jet 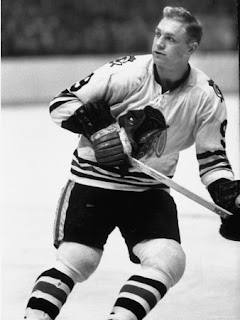 The Cubs have their lone day off this spring today, no doubt to… 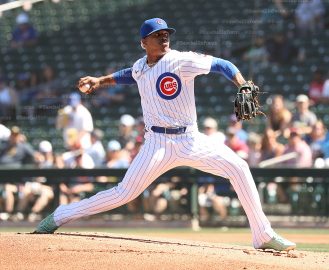 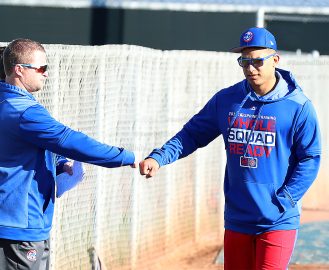