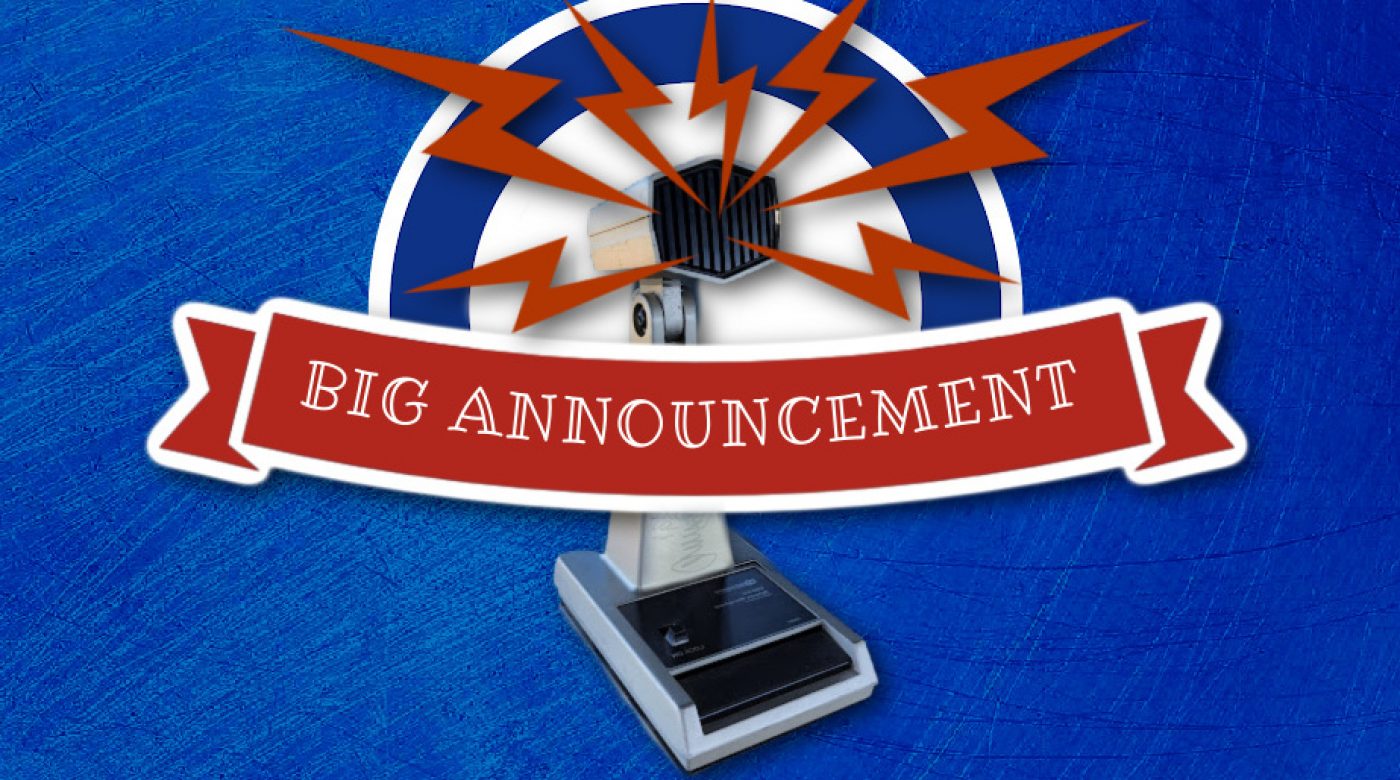 I saw that the Cubs Wrigley Field public address announcer, Jeremiah Paprocki, was in Cooperstown, N.Y. last week. They put the microphone he used this past season into an exhibit and did an interview with him as well. Cool for Jeremiah, but also for me because it’s the very same mic I used when announcing at Wrigley Field back in September!

As cool as it is to have a microphone I used in the Hall of Fame, there’s another mic I’ve used that’s incredibly special…a mic with considerable historical significance. And, it’s part of my personal collection.

The NFT is a Certificate of Authenticity and the first ever NFT for an entire baseball collection!! If NFTs are not in your wheelhouse, that’s okay! The auction is not limited to only those with a crypto wallet. Another unique aspect of this NFT auction is whoever has the winning bid, will also receive and own the physical items, as well as the intellectual property rights. That’s a totally original collection of CUBS and baseball memorabilia that cannot be duplicated anywhere.

That’s right, if Snoop Dogg is the maven of music NFTs and Metaverse, I’m diving in the Metaverse Web 3 waters as a crypto NFT baseball skipper and backer. Stepping up to the plate with something never done before, selling a baseball life and intellectual property portfolio as an NFT, in crypto, or a combination thereof.

Back to the collection and its sale…
In general, the collection offers an amazing array of exclusive and one-of-a-kind collectibles and autographed items, including balls, cards, tickets, as well as an extensive original photographic collection shot by me. Another unique aspect of the collection is recorded history and stories about many of these items.

The most distinctive part of the collection is that it likely contains the largest private original film and video collection of the Chicago Cubs in existence!

I’m not talking about recorded games, but original film and video shot by me, or my company, over the past 40 years.

The video collection numbers over a 1000 hours, which would roughly translate to someone filming 24 hours a day, for 41 days straight. However, this film and video was shot specifically of the Cubs and other Cactus League stars, each year, over the past four decades. This includes many never seen before, one-of-a-kind personal interviews with a wide array of Cubs players, announcers, executives, coaches, and beat writers.

I won’t list everything in the collection here and now. It’s far too extensive (how much time do you have?), but I’ll share highlights here over the next few weeks before it hits the auction block.

One of the showpieces of the collection is my previously mentioned Public Address microphone used by Harry Caray at Cactus League games…and it’s so full of stories, it’s hard to fathom:

During each game, my personal Public Address mic, was used to introduce hundreds of starting lineups and thousands of players, passed to Harry Caray to sing “Take Me Out To The Ball Game” during the 7th inning stretch at least 100 times. Hall of Fame Cub Ron Santo also sang for the “stretch” on this mic as well. Hall of Fame Cub Ryne Sandberg autographed the microphone, and noted “1984” – his MVP season and my first spring announcing the Cubs! Looking back, it seems unreal how many hands held this microphone.

While the Cubs are far and away the lynchpin team of this collection, I was always looking to film, photograph, and capture anything historical and unique that happened in the Cactus League. From day-to-day aspects and big events, to what was happening behind the scenes in the pressbox. This included team workouts in the weeks prior to spring games.

Original photos and negatives of Ken Griffey Jr. before his first MLB at-bat.

Video of Harry Caray on the phone in the press box talking about strategy for the upcoming season, including the Cubs possibly trading players, in early 1990s*

Video of Ken Griffey Jr. and Mark Grace joking around while hanging out in the dugout together in 1997*

Video of Cubs President and CEO, Andy MacPhail, caught on film telling someone about a young pitcher from Texas who was going to do big things that season…mere weeks before Kerry Wood’s 20K game.*

1969 Sport Magazine with autographs of Ernie Banks, Billy Williams, and Ron Santo who are all pictured on the cover, along with Leo Durocher.

Video of the Cactus League at-bats, or pitches, before ever doing it in a regular season Major League game. And in some cases, years before having an official MLB regular season at-bat, or pitch. A few of the fan favorites I captured:

Everything listed above is just the tip of the iceberg of the collection.

Having owned a film and video production company for much of my career, most of the collection was shot on high-quality cameras. The Cubs asked to use some of my video after Theo Epstein took over, for their big opening ceremony videos at Cubs Convention in Chicago in 2013. Several of the players featured in my videos would go on and win the World Series in 2016.

So there it is, the big **NEWS FLASH**: A baseball and Cubs life as a collection like none other, selling as an NFT!

There is a minimum bid for this auction. If you have serious interest, please reach out to [email protected] I will put you in touch with my agent and you can get an inventory of items in the collection.

Keep a lookout for my next update and another peek at more of this one-of-a-kind, personal collection.

*Items with asterisk exist no where else

Not a lot going on today in terms of on field practice. Big… 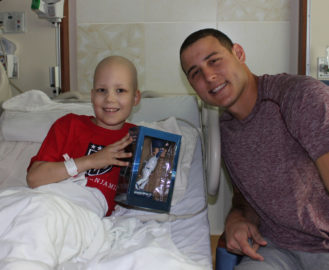 Music For The Cause

For the first time ever we are offering the original Cubs rock anthem, Clear The Way for digital download...but what's more important, for the next 10 days (through October 8, including the Cubs first two playoff games) ALL PROCEEDS from every download will go to the Anthony Rizzo Family Foundation!