Mesa, AZ 10-10-10
It is proclaimed by the city of Mesa Arizona and Honorable Mayor Scott Smith that the tenth day of the tenth month of the year two thousand ten is Ron Santo Day in Mesa. Today is “officially” Ron Santo Day but it was yesterday he was honored at Hohokam Stadium. About 300 fans and well wishers showed up on a gorgeous Saturday morning to honor old number 10. The festivities were held appropriately on the stadiums third base patio while potential future Chicago Cubs stars practiced for the Arizona Fall League on the field below and a brass band played among other things a jazzy version of Take Me Out To The Ball Game.

It was impossible to hold the actual event today on the 10th as Ron is a little busy being the best man at his son Jeff’s wedding. The gathering was also a rally for a Mesa contingent and the Cubs to let locals know why voting “YES” on Proposition 420 is good for the city. The funniest and most poignant line of the day was delivered by Ronnie himself when he said, “If the Cubs go to Florida (to spring train), I won’t go”. One might think that’s a bit of hyperbole but considering Ron started coming to Mesa for Cubs spring training as a teen aged ball player back in the late 1950’s and has made his home in the valley of the sun for the past decade, I’m guessing he’s serious. 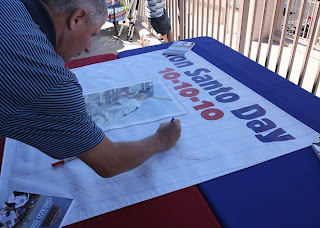 Ron was in his element talking about the team he loves so much and hanging with Cubs fans. Santo said the much uttered Cubs line, “wait till next year” while praising the Cubs talented young players. Ron turned 70 last February and has had more than his share of diabetes related health issues. So it’s very uplifting to hear him excited and looking forward to next spring training and the start of a new Cubs season. Mayor Smith praised Santo for all his on the field accomplishments as well as working tirelessly for the Juvenile Diabetes Research Foundation, having helped raise over $40 million dollars for the cause.
Ron isn’t in the Baseball Hall of Fame…yet, but in my book he’s a Hall of Fame human being.
Since most of you couldn’t be there, enjoy some of my photos from yesterday. For more on yesterday’s events read this article .from the East Valley Tribune. 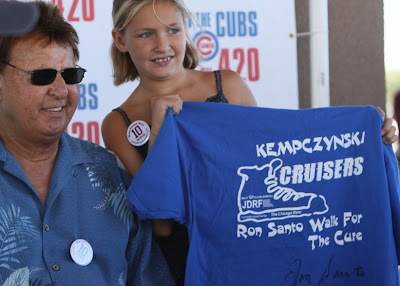 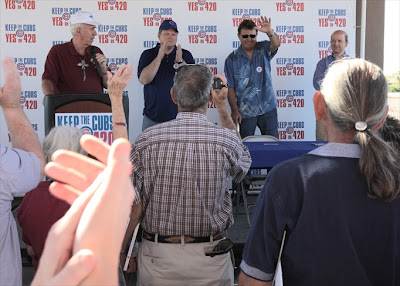 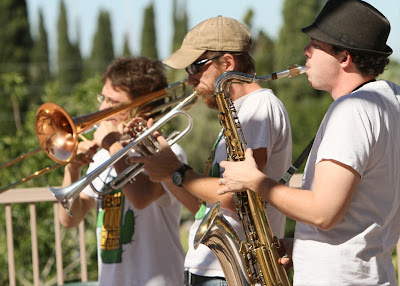 This is Spring Training Weather

The Cubs face the Rockies today at Cubs Park. Samardzija on the mound, and top prospect Javier Baez staring at ss.

Shawon Dunston Jr. scored the go ahead run in the 8th inning, as the Cubs overcame a 5-1 deficit to beat the Angels in Mesa.

While waiting for the results of Mark Prior’s MRI, here are a couple…