First Round Draft pick out of Stanford, is another talented infielder/shortstop who looks to break his way into the big leagues sooner... 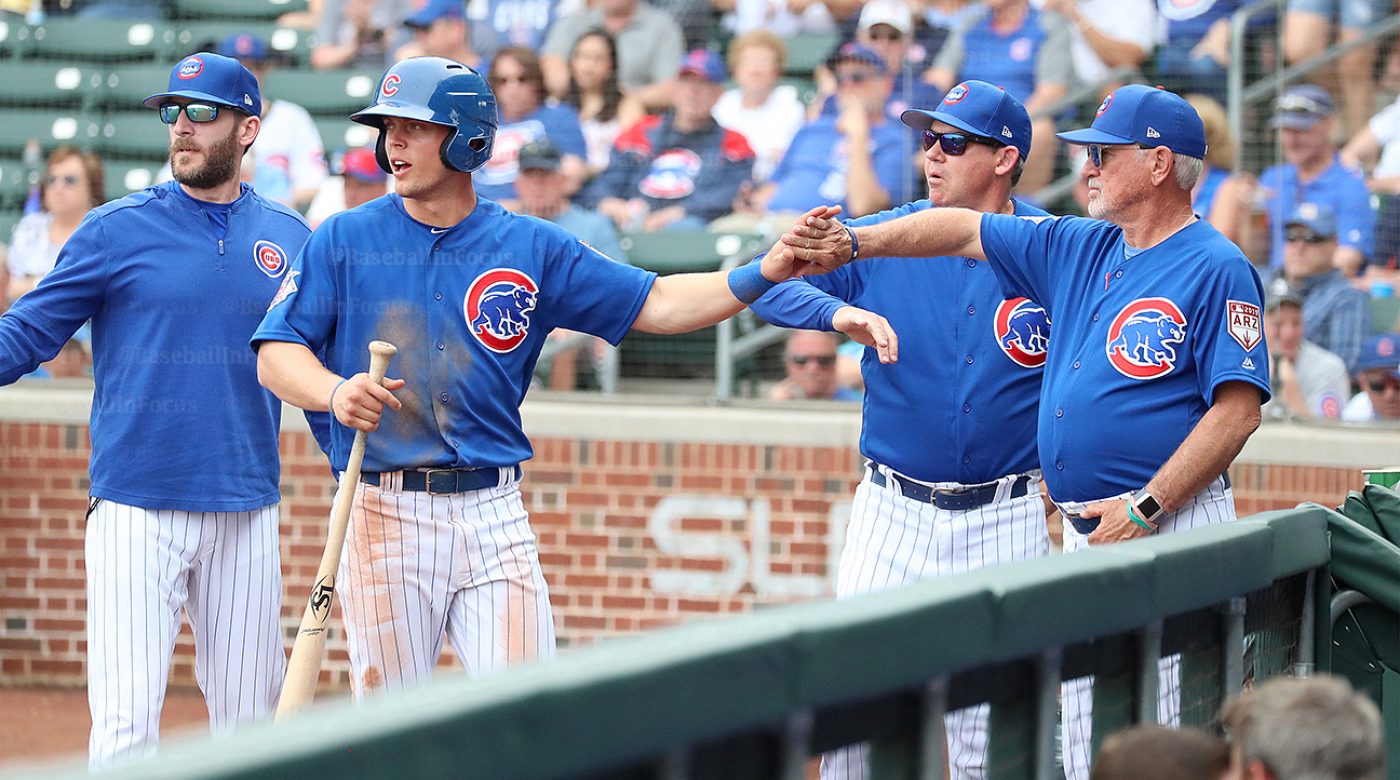 In recent years we’ve seen many Cubs position players who were once top prospects move through the farm system to success in the majors. Many of those players helped the Cubs win the 2016 World Series: Kris Bryant, Javier Baez, Kyle Schwarber, Willson Contreras, and Albert Almora Jr. The next top prospects making a name since 2016 are Ian Happ and David Bote. Now we have the next shiny new Cubs prospect and he delivered some thrills at Sloan Park yesterday! Keep an eye on Nico Hoerner!

Hoerner the Cubs 2018 First Round Draft pick out of Stanford is a talented infielder/shortstop who looks to break his way into the big leagues sooner than later. He was an all Pac-12 Defensive Team member in 2017 with Stanford and hit .349 for the Cardinal in 2018.

In a call-up to the big-league camp yesterday to DH for the Cubs against the Rockies, Nico went 3 for 3, scored a run, with an RBI. He showed outstanding speed on a triple, where after passing second base, he shifted to another gear with a burst of acceleration. The Rockies didn’t even make the throw to third base on the play.

Hoerner only had 49 minor league at-bats last season as the Cubs eased him in to pro ball after his season at Stanford. He looks stronger than last season, where he hit .327 between the AZL Rookie League, Eugene (A-), and South Bend (A). Combining his minor league season with Stanford last year, Hoerner had 21 stolen bases in  only 278 at-bats. With Gleyber Torres long since traded, Addison Russell’s off-field issues, and an aging (albeit well) Ben Zobrist, look for this gritty middle infielder to play his way into the Cubs future…likely 2020.

Here are some photos of Hoerner from yesterday as well as others from the Cubs 7-5 loss to the Rockies at Sloan Park.

Tim, I look forward to your pics every spring. I don’t comment often, but I’m always visiting. You do really nice work and thanks for sharing!
FWIW, my favorite from this lot is Nico giving Joe a high five while watching the action on the field.

Tom, thank you so much for the kind words! It’s good to know that people are enjoying the website and content.

Well a win is a win, even if it’s not pretty, of course…