Don’t worry about wins and losses…yet.

Carlos Zambrano pitched a very sharp 3 innings yesterday and showed his prowess with the bat hitting his first spring HR. I won’t go into the game as you’ve probably seen the box score and know the lowdown. One thing that is apparent right now and it’s in the structure of these spring games, that the wins and losses are being furnished mostly by players who won’t be on MLB rosters…at least not this year.

In the Cubs 5 losses this spring the team has given up 17 runs in the 7th inning or later. Nearly all of those runs have been given up by the Cubs non-roster hurling contingent of Campusano, Takatsu, and Walrond along with Jose Asconio. This is what happens the first week or two until the team starts to make some roster cuts and the starters get more playing time as March progresses. As many of you know the Cubs have had some outstanding seasons after very poor springs (at least based on W-L records) including 1984 & 1989. So, not to worry unless this pitching trend is happening later this month.

Two years ago today Chicago native and Hall of Fame member Kirby Puckett passed away one day after suffering a stroke at his Scottsdale, AZ home. It was a shock considering that despite his weight gain he was still only 45 years old. Puckett was the second-youngest person to die having already been enshrined in Cooperstown, only Lou Gehrig, at 37, was younger.

We had a moment of silence in honor of Kirby at Hohokam Stadium that day prior to the Cubs spring training game. The only other moment of silence that I’ve had to initiate at a Cubs spring game was for William Wrigley III the grandson of the founder of the Wrigley Chewing Gum Company who passed away March 8th, 1999. William Wrigley III was president of the Wrigley Gum Company from 1961 until his death and inherited ownership of the Cubs in 1977. Wrigley III was the last of the Wrigley family to own the Cubs as he was forced to sell the team to pay inheritance taxes due to the untimely death of both parents. Wrigley III sold the Cubs to the Tribune Company in 1981 for $20.5 million, the sale ended the longest continuous operation of a franchise by the same family in one city.

The Cubs head over to Phoenix today to take on the Oakland A’s, Jason Marquis getting the start.

Congratulations to the 2010 World Series Champion San Francisco Giants!  It was a… 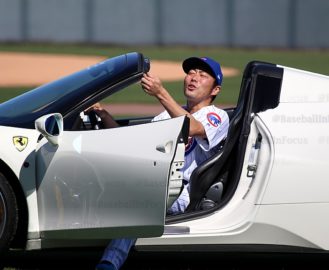 The Buss Drives A Ferrari

While the players were stretching prior to starting workouts, Bussy drove a white Ferrari onto the Cubs grass workout area then drove a circle around the players. Read More.

Another beautiful day in the valley of the sun, 73 degrees at first… 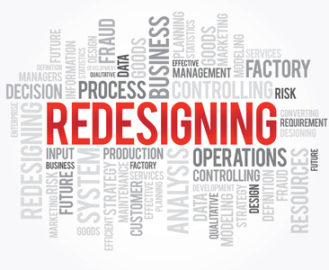 Wishing everyone a happy new year! Just a quick update post to let…