The Cubs beating the Giants while putting up the most runs on Tim Lincecum ever in a first inning (4) was nice to see. I actually enjoyed watching ‘most’ of last night’s game but didn’t care for the Cubs defensive and base-running lapses. Acting manager Alan Trammell got on the guys for the poor defensive effort and summed up much of the season when he said, “We make too many mistakes. We talk about things, but in the heat of the battle we don’t make plays”. It was only the second win for the Cubs in the last 13 contests…sometimes the truth hurts.

The division winning Cubs teams of the 2007 and 2008 now seem nearly as far removed as the 1984 and 89 division winners. This team needs some help figuring out how to win again. The beauty of being a fan and blogger is that we can give our two cents worth of advice. With new ownership and the dismal season we are experiencing this is the perfect time for the Cubs to change the philosophy of the ballclub and organization.

Instead of reinventing the wheel I figure the Cubs can copy one of MLB’s other successful franchises. Examine how they win consistently finding the components that are present year in year out that lead to winning. A team with a system that could be replicated by the Cubs, I thought Minnesota Twins. This small market team in spite of limited resources has been consistently good recently and also won a couple World Series trophies in the past 25 years. I looked at a lot of teams before deciding on the Twins but ruled out any Cubs rivals like the Cardinals and White Sox (just can’t adopt a philosophy of a team I don’t like), ruled out the Yankees (the Ricketts will never spend like that), Atlanta and Boston were other options but I thought it might be better to stay Midwest.

This idea is hardly original and you might think that the Cubs already tried this Twins thing with Andy MacPhail…they did not. What MacPhail did was bring the Twins small market financial operating policy to the Cubs but not the organizational on-field philosophy. McPhail’s miserly spending as a Cub executive is outlined extensively in George Castle’s 2009 book ‘Sweet Lou and the Cubs’. The Cubs are a big market team and need to operate that way and that includes spending on minor leagues, scouting, and foreign operations. The Cubs have allocated more resources and improved those areas since MacPhail’s departure.

The Tribune Company wanted to give the team more curb appeal before selling and told GM Hendry to go on a spending spree knowing the future owners would have to pay the tab. That tab is due and the Ricketts are in possession of a currently mediocre ballclub with some aging players and big contracts to pay. Enter the Toyota sign and the Noodle, sure they are revenue streams but that money needs to be converted to wins on the field in order to make the fans happy. Fans aren’t showing up at Wrigley this season in numbers like they have in the recent past and that should serve as an eye opener.

Why should the Cubs emulate the Twins philosophy? The Twins are unified in everything they do as an organization from player personnel and drafting as well as the on-field baseball philosophy. That on-field philosophy is stitched into the fabric of every Twins jersey from their lowest minor league teams on up to the big boys in Minneapolis. The Twins organization as a whole stresses fundamentals both defensively and with the bat. These core fundamentals are a huge part of the game and why the Twins are competitive year in year out in spite of regularly losing star players like Joe Nathan (injury), Torii Hunter, and Johan Santana.

Minnesota drafts players who already have these core fundamentals, or can learn them, if not they are weeded out in the minors before reaching Minneapolis. When the Twins sign a free agent they seldom over pay and always try to stick with players who fit their philosophy. After hitting 3 triples in a game recently, centerfielder Denard Span mentioned his team’s ideology as “the Twins way”.

Last nights three Cub errors were a microcosm of “the Cubs way” this season – poor defense. Earlier this year the Cubs were charged with 13 errors in a 6 game stretch that led to 44 unearned runs. An immediate cliché about the Bad News Bears pops up but at least with them you got some comedic relief. It’s just not funny watching a Major League team play such shoddy defense. Maybe Ryan Dempster could do some stand-up between innings, giving the fans a bit more value for the ticket price. 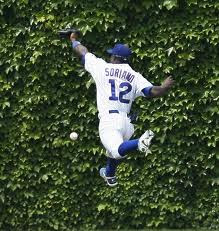 Back to our comparison, let’s take Alfonso Soriano as an example; the Twins would not have signed Soriano because he had well known defensive shortcomings. The fact that the Cubs signed him for the length and amount that they did only magnifies the situation. Soriano had a sacrifice bunt this season; I think it was his first one since playing Tee-ball. After the game Soriano made sure to let people know that it was a good play. In Minnesota you don’t get a pat on the back for a routine baseball play; it’s expected and just part of the game.

How about Xavier Nady, sure the guy can hit (or at least he has in the past) but the Twins would not carry a player on the roster who needs the cut-off man to come out just a bit farther for a shorter throw to help a surgically repaired shoulder. That’s not sound defensive baseball.

During one of the final spring training games at Chase Field against the Dbacks, Jeff Baker was playing LF, he set up under a pop-fly for a throw on a runner trying to advance. Baker caught the ball one handed over his wrong shoulder and then made the transfer all the way across his body costing extra time in the process…A small thing (perhaps only tenths of a second longer) but a fundamentally flawed technique that could be the difference in a runner being safe or out. I wondered then if Lou or one of the coaches mentioned this to him after he got back to the dugout?

I’m not trying to pick on these individual players but instead outline the difference in philosophy of the two ballclub’s. Statistics can be overrated but given the right perspective they are also useful. Over the last 10 years the Cubs have an average of 102 fielding errors per season while the Twins playing in the A.L. with the designated hitter have averaged 93.7 errors per season over the same time. Again, perhaps a small thing but its all part of the larger picture. The Twins expect players to be fundamentally sound…period.

The Twins left the crazy turf and baggie covered walls of the Jiffy Pop topped Metrodome last season and continue to win outdoors on natural grass at Target Field. Many fans thought the Twins advantage was based on playing in the dome but good defense and hitting fundamentals play well in any major league park.

When the Cubs hit the long ball they seem to do pretty well but when the HR’s dry up like in the Cubs 2007 and 08 playoff series (2 homers in 6 games) it was as if the mighty Casey had struck out and the will to win vanished. Cub fans know all to well that deflating feeling when the will to win seems gone. These recent Minnesota teams have never been home run or bust types. White Sox manager Ozzie Guillen famously once said of the Twins: “They can beat you in so many different ways, they’re like little piranhas”…”You wake up and don’t have no meat, just bones”. 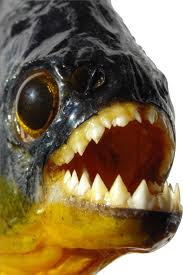 I’ve heard some say the history and stage is too big for some Cubs players to perform at Wrigley in the playoffs. It seems to me that “piranhas” don’t “perform” they just go out and devour prey, it’s instinctual. A team that’s built to win consistently is a team that has good baseball instincts and fundamentals and sticks to that belief. The Ricketts need to follow a successful team model (be it a team like the Twins, Braves or Red Sox, or take the best traits of several teams) and develop a consistent top to bottom fundamentally sound organizational strategy.

However, it’s very difficult to maintain consistency when you change managers every few years like the Cubs have. The Twins have had exactly 2 managers since Tom Kelly took over in 1986, while the Cubs have had 15 managers during that same time…apparently once enrolled, there is no graduating from the College of Coaches.

The Cubs aren’t just choosing a new manager soon but making a choice in the direction of the organizations future. The Tribune Corporation always viewed the Cubs through a ledger; another former owner PK Wrigley viewed the team as his dad’s passion. The Ricketts have the opportunity to embrace change and give the team a new direction on the field as well as off.

How will the Cubs play baseball in future years?

Will they move towards a holistic philosophical change, fielding a team that plays fundamentally sound offensively and defensively year in year out? Will the ownership spend time and money developing a solid foundation from the low minor leagues on up to Wrigley? If they do, this just may be an organization that has the chance to win a World Series.

I hope to see that Cubs team soon. Hey, a guy can dream…as Cubs fans we’re good at that.

Cubs vs Angels From Sunny Mesa

Here’s to a Great Week!

The Cubs begin a four game series with the Diamondbacks tonight at Wrigley Field. The DBacks are one of only two teams (the Astros are the other) who, as of today, own a worse record than the Cubs. Couple that with the 100 year anniversary date of the first game ever played...