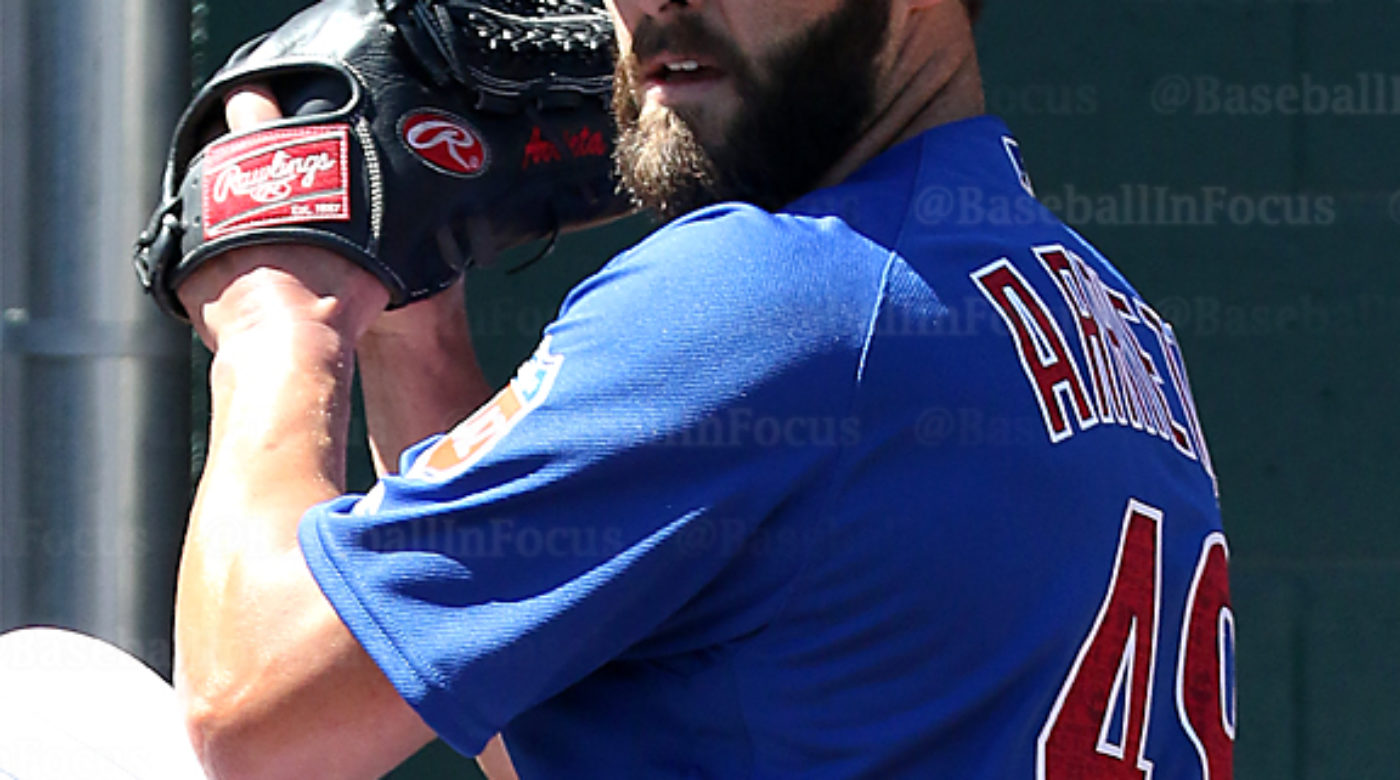 Another typical spring training game with lots of moving parts and interesting individual performances, all amounting to a Cubs 5-3 loss to the Cleveland Indians at Sloan Park. 14,254 witnessed the game on a beautiful Mesa afternoon, where the game time temperature was 76 degrees at first pitch. As we see so often in these games, the starters play for 5 or 6 innings, then it’s bench and minor league players finishing things up.

Cubs Hall of Famer Billy Williams delivered the pregame lineups. Jake Arrieta was in Cy Young form, albeit for only 2 innings, no hits and 4 K’s. Jason Heyward made a great sliding catch near the foul line in the 6th inning. Cubs Minor league players Jeimer Candelario and John Andreoli both hit HR’s.

I’m not sure if the Cubs are showcasing big Dan Vogelbach for a potential trade, but he’s been the full-time DH for the Cubs 3 of the last 4 games. As has been mentioned around the blogespher, Voggy’s a perfect fit for DH on an American League team and he’s blocked at first base by Anthony Rizzo. I love Voggy’s hitting approach and he’s a great guy, very personable, but he may have a better opportunity in another organization.

The Cubs travel to Peoria (AZ) today to take on the Seattle Mariners with Jon Lester getting the start, then back at Sloan tomorrow with the Cubs hosting the Cincinnati Reds.  Photos by John Antonoff.

I was at both Cubs workouts over the weekend, in fact I saw…

Here are some photos from BOS's John Antonoff of the Cubs most recent games.